Winding through Sierra Madre with the Honda BR-V 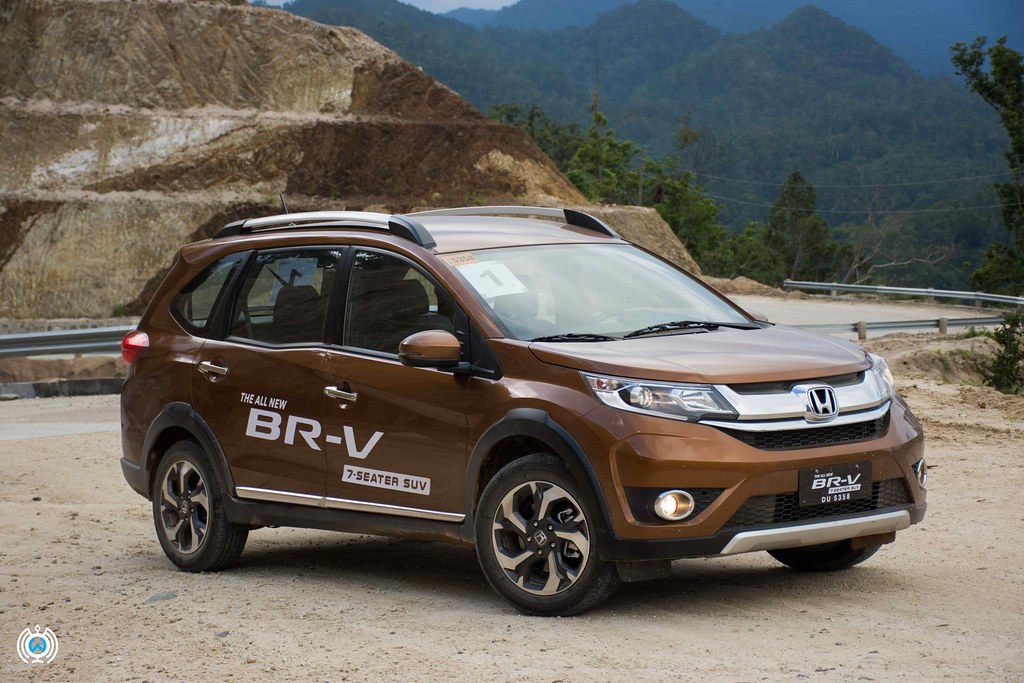 For most out-of-towners, 500 kilometers is a heck of a run. Unless you’re a marathon driver, such a distance can only be sanely accomplished with back-up drivers. Even with multiple drivers in tow, there’s only one car. Our out-of-town destinations aren’t limited to just expressways. Your car needs to take on winding mountain passes, unfinished roads, and a bit of off-roading.

For two days, a group of motoring journalists (including myself) did just that with the new Honda BR-V. Captained by racing veteran Georges Ramirez in a CR-V, the media convoy rallied from Cauayan, Isabela to Baler, Aurora on the first day. The drive took us through long, rural roads and the twisting turns of Sierra Madre.

On the second day, we weren’t done with Sierra Madre just yet. From the bustling streets of Baler, we went back up through Sierra Madre to our destination in HCPI Headquarters, BGC. Longer than the previous day, the second day’s drive was an avid display of the BR-V’s power, versatility, and comfort.

Atsushi Arisaka, Honda’s Chief Engineer behind the BR-V, tagged along for the trip. He was quick to emphasize that the concept behind the seven-seater was to be an “Advanced Scene Hunter.” It aims to excel in four key areas: active performance, outstanding design, family friendliness, and utility.

The treacherous Sierra Madre mountain range itself was the perfect test for the seven-seater SUV. Powered by a 1.5-liter i-VTEC engine, the BR-V generates 120hp and 145Nm of torque. Driving through the range posed little difficulty. This, despite sharing the same engine as the City. You may hear the engine roaring at 3,000 to 4,000rpm on uphill climbs, though. There’s also a slight but manageable understeer on tight turns. The BR-V’s Continuous Variable Transmission is a blessing in disguise for this type of road condition. Once you get past that roar, it’s a smooth ride. Both variants of the BR-V can handle this quite well in Sport Mode. Meanwhile, the top 1.5 V Navi CVT variant has the added luxury of paddle shifters.

Efficiency is automatically enforced with an “Eco” indicator that lights up when you’re driving economically. Even after driving through both stop-and-go city traffic and high-speed freeways, the engine performed at a steady 11km/L.

As for design, the BR-V’s interior design isn’t anything to write home about, but it has just about everything you need to drive comfortably in any environment. Like its engine, the BR-V shares a similar dash and instrument panel with the City. Everything is where you would expect them to be in a Honda. The infotainment system is easily accessible. However, it does comes equipped with a default safety mode which inhibits touchscreen operation while the vehicle is in motion. It can be quite a nuisance for passengers who want to connect to their own devices while in motion. Overall, though, the Honda BR-V has a simple design that anyone can handle.

For comfort, all three rows of the cabin provide ample legroom for even the tallest of companions. If unused, the third row can be folded to accommodate more luggage if necessary. The driver’s seat may have good legroom but it doesn’t have a height adjuster. Vertically-challenged drivers like myself may find it hard to have a commanding view of the road.

But enough of space. The BR-V has a superior air-conditioning system highlighted by the Max Cool button which puts all vents in full turbo mode. It doesn’t have rear vents but with a Max Cool button, who needs rear vents? Not a sweaty summer day can go by with the BR-V.

Safety is, of course, Honda’s concern. The BR-V’s safety features have earned five stars on the ASEAN NCAP. They include the standard set of seatbelts and airbags, ABS, Vehicle Stability Assist, and Hill Start Assist. The BRV’s frame has also been engineered to reduce the impact of collisions.

Regardless of whether you think the Honda BR-V is an out-of-towner or a daily driver, it comes in an affordable package that delivers the best of both worlds. The base 1.5 S CVT variant starts under a million at P989,000. Meanwhile, the leading 1.5 V Navi CVT Modulo tops out at P1,180,000.

With governments implementing self-quarantine measures for its citizens amidst the COVID-19 outbreak, daily tasks like getting the groceries and other items become...
Read more
Features

Waze, DoT partner to Bring the Wonders of the Philippines Closer to Filipinos

Waze and the Philippines' Department of Tourism (DOT) have teamed up to promote the cultural and natural wonders of the Philippines with...
Read more
Automotive

Maxus Philippines, the official importer and distributor of Maxus commercial vehicles in the country, is set to launch the Maxus T60 pickup...
Read more
Features