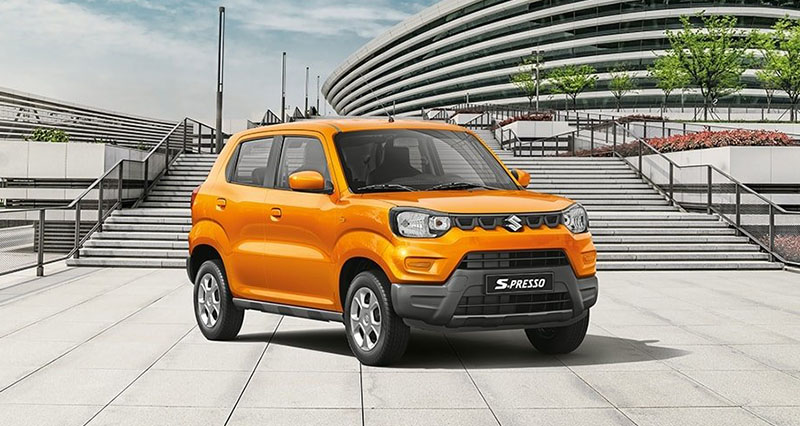 When you talk about really low-priced cars, you’re most likely referring to tiny hatchbacks that often come with equally tiny 3- or 4-cylinder engines displacing 1.0 liter or so. These cars project simplicity and lack of pretension.

Very rare times in my 25 years of test driving and writing about cars have I driven a cheaply priced car that manages to turn a lot of heads. Unlike cookie-cutter tiny hatchbacks, this one looks nothing like anything else on the road.

The car I’m talking about is none other than the Suzuki S-Presso—and it’s priced at a delightfully low P518,000. Suzuki’s diminutive new car is a subcompact front-wheel drive hatchback that looks more like a crossover. Viewed from the front, it looks like another Suzuki 4×4 with its tall height, Jimny-like four-slot grille and upright windshield. The S-Presso is perfect for those who want a Jimny but don’t need that two-door 4×4’s legendary off-road skills and need the easier ingress/egress of a four-door.

The S-Presso sports a classic high-riding 4×4 look with a modern take on the familial Suzuki SUV design. It starts with the Jimny’s signature four-slot grille — itself reminiscent of Jeep’s iconic seven-slot grille — bracketed by large and expressive headlamps. Stare at the front bumper and you’ll think the S-Presso has two identical bumpers mounted on top of each other. It’s good that the lower portion is black so the illusion of duplication is reduced. It doesn’t really take away from the design; it simply underscores how an otherwise traditional hatchback has been raised to achieve that high-riding look.

The short sides — the S-Presso is actually shorter (by 35mm) than the already small Suzuki Celerio — are minimalist slabs with no main character line, just a series of curves and lines that define the fenders and their nicely squarish openings. I’m a bit surprised that there is no black plastic trim to line the fender openings like those found in many crossovers. But it does have black plastic cladding on the running boards for protection against gravel and other road debris. Body-color sidemirrors and door handles, blacked-out window pillars, and a thick C-pillar round out the unique side view of the S-Presso.

Adding to the off-roader vibe are ultra-short front and rear overhangs. The S-Presso might not match the Jimny’s impressive 28- and 49-degree approach and departure angles, but it should beat quite a few crossovers out there. The S-Presso’s generous 180mm ground clearance is just about an inch less than the Jimny’s.

The tall-boy look is even more emphasized at the rear, with lots of space between the bottom of the rear bumper and the ground, visually emphasized by the black bumper. It’s a perky rear end free from extraneous styling elements, aside from the nicely integrated rear reflectors on both sides, cute C-shaped taillights and a large backlight. I just wish it came with exterior door handles so you don’t need to use the key or open the driver’s door to flick the lever beside the driver’s seat to open the rear hatch — tricky if your arms are full of groceries. (Even the  Celerio has exterior hatch handles.)

The S-Presso rides on conventional MacPherson struts up front and a torsion beam at the rear. It rolls on skinny 165/70R14 tires on steel rims with plastic wheel covers. This is probably the first thing S-Presso owners would want to change. A switch to 15- or even 16-inch alloy wheels with crossover-oriented 60- or 55-series tires with 185 or even 195mm width would do wonders to make the S-Presso look and feel more stable. (The Jimny’s 195/80R-15 tire size — or even with a slightly lower 70-series aspect ratio — should enable the S-Presso to climb sidewalks effortlessly and give it a more robust crossover look.)

The S-Presso is powered by the same engine found under the hood of the Celerio — a 1.0-liter 3-cylinder motor developing all of 67hp and 90Nm. It’s enough for daily driving in the city with two or three people. But it’ll feel taxed on highways when loaded with four or five people plus cargo. Then again, I doubt car buyers who have a need to move that much people and cargo regularly would even be looking at tiny 1.0-liter cars.

The engine comes only with a 5-speed manual transmission that has very light gearlever throws and clutch pedal effort. I just wish Suzuki offered the S-Presso with the CVT that’s available on the Celerio. I’m sure the car will have a lot more takers if an auto is available. I initially thought it was because the S-Presso’s added weight compared to a Celerio meant a small engine and a CVT might not be able to cope, but I was stunned to discover that the S-Presso is actually lighter than the Celerio by a substantial 100 kilos.

Inside, the S-Presso’s tall-boy layout gives it surprisingly good legroom and headroom. Suzuki classifies the S-Presso as a five-seater, but its minimal width means two adults and a small kid is the most for a comfortable ride at the back.

There is 239 liters of luggage space behind the rear seats, which can be almost tripled if the rear seatbacks are folded down.

Driver and passengers will experience a commanding view with the S-Presso’s high seating position. Its amenities include cupholders and storage spaces for bottles, A/C with heater, and front power windows. (Rear windows have manual risers.)

The S-Presso comes in four colors: Sizzle Orange, Fire Red, Metallic Granite Gray, and Metallic Silky Silver. They all look good, but I think the colors that would really bring out the car’s playful character are the orange and red.

Would I recommend the Suzuki S-Presso? How can I not recommend a decently equipped, ultra-low-priced car that already possesses the proven mechanicals of a popular hatchback with the cutesy looks that’s second only to a Mini or a Beetle? It’s so cute my daughters are urging me to buy one. I tell them our family would be better served by a 7-seater like Suzuki’s other new model, the XL7. But that’s a different story.