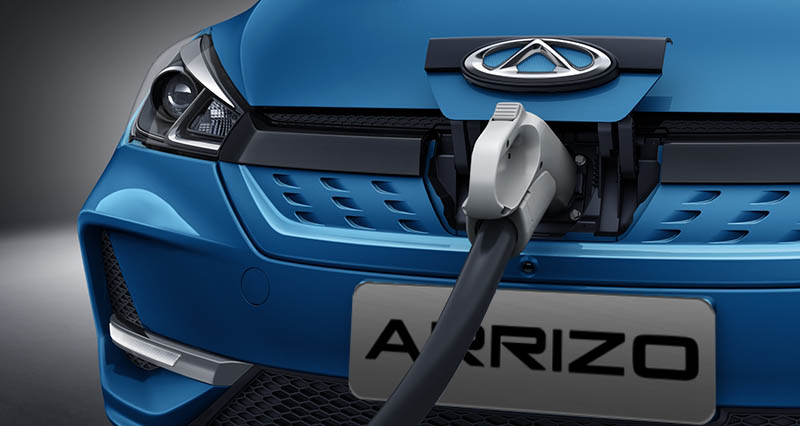 They say that the Philippines isn’t ready for electric cars. Yet Porsche Philippines went ahead and launched the spectacular Taycan last month, the first batch of which are reportedly sold out already. The perennial bestseller of electric cars, Nissan (at least before they were dethroned by Tesla at the end of last year), is scheduled to bring in the Leaf this year. (Nissan also had the global debut of its Tesla fighter, the Ariya full-electric SUV, a few weeks ago.)

Of course, the Philippines isn’t completely new to electric propulsion. Toyota has been marketing hybrids for close to a decade, originally with the Prius and recently, with the Corolla Altis Hybrid. Lexus is the hybrid pioneer among luxury brands here, with Volvo having recently introduced its own hybrid models. We’ve had hybrids from BYD and, more recently, Geely. Honda, too, played around with hybrids with its CR-Z sports car, which is no longer on the market. All but the BYDs and the Volvos are self-charging hybrids. The BYDs and Volvos are plug-in hybrids.

I’ve driven all the hybrids available locally. I’ve also driven numerous full-electric vehicles abroad, but none on local roads. Which is why I’m looking forward to a new EV from one of the newer players in the Philippines.

It’s the Chery Arrizo 5e. And I certainly have a higher chance of putting myself behind the wheel of one on Philippine roads than the breathtakingly expensive and rare Porsche Taycan.

At least for the near term, Chery Auto Philippines presumably doesn’t expect big sales numbers for the Arrizo 5e, but they are certainly positioning it as a showcase of advanced Chery technology. (Sales are expected to be via indent order.)

The Chery Arrizo 5e is a sharp-looking purely electric compact sedan (sized in the Civic/Altis class and looking a bit like a Hyundai Elantra with its sleek, couple-like profile). A cutting-edge permanent magnet synchronous motor generating 120kW (approximately 160hp) and 250Nm of torque drives the Arrizo’s front wheels. Chery claims that it can accelerate from 0 to 50 km/h in 3.8 seconds and reach a top speed of 152 km/h. Extrapolating the acceleration figure to 100 km/h should yield a roughly 9-second sprint to the 100 km/h benchmark. Certainly not as quick as a Tesla or Taycan but reasonable enough for the everyday driver. In any case, believe me when I tell you that zipping from 0 to 50 in 3.8 seconds feels plenty quick already.

Electric cars are all about the battery, and the Arrizo 5e uses a state-of-the-art lithium-ion battery with a 53.6 kWh capacity — good for a maximum 500-km driving range between full charges (under ideal conditions of a constant cruise at 60 km/h). More realistic driving under the international NEDC standard yields a still-impressive 401-km range. Which means that if you drive less than 50 kilometers a day, you can go one whole week between full charges. Like a growing number of cars and almost standard on all hybrids and EVs, the Arrizo 5e uses regenerative braking to capture kinetic energy from braking and storing it in the battery as electrical energy. It’s also got Eco and Sport modes.

Charging time is equally important for EVs, and Chery claims that the Arrizo 5e can charge from 30% to 80% power in 30 minutes under fast-charge mode and 7 to 9 hours (overnight) under slow charging. The car’s charging port is on the nose hidden under the Chery grille logo.

Inside the beautifully designed two-tone interior, you’ll find a large 9-inch touchscreen infotainment system on the central part of the gracefully curved dashboard. Below it is an 8-inch touch panel for the climate control — a very high-end touch. Unlike many mass-produced cars which uses lots of plastic in the interior, 65% of the Chery Arrizo 5e’s cabin is covered in leather.

Reflecting the high-tech nature of the vehicle, a round polished silver knob takes the place of the traditional gear lever. Smart technologies include battery temperature intelligent control for the lithium-ion batteries, as well as wireless smartphone connectivity, smart entry system, a 360-degree and reversing camera with video monitor and an electric parking brake with auto-hold feature.

Safety features include six airbags, Electronic Stability Program (ESP 9.0) from Bosch (with the alphabet soup of ABS, EBD, HHC, DTC, HBA and TCS), a tire pressure monitoring system, and the use of 60% high-tensile strength steel in the NCAP five-star-collision test-rated body.

No pricing yet on the Chery Arrizo 5e, although it’s projected to be in the P1.9 million range. It may sound pricey for some — until you consider that you’ll never have to gas up or change oil for the rest of the car’s life. That, and knowing that you’ll be a pioneer in the next generation of automobiles, might be enough motivation for a select few to park one in their garage.