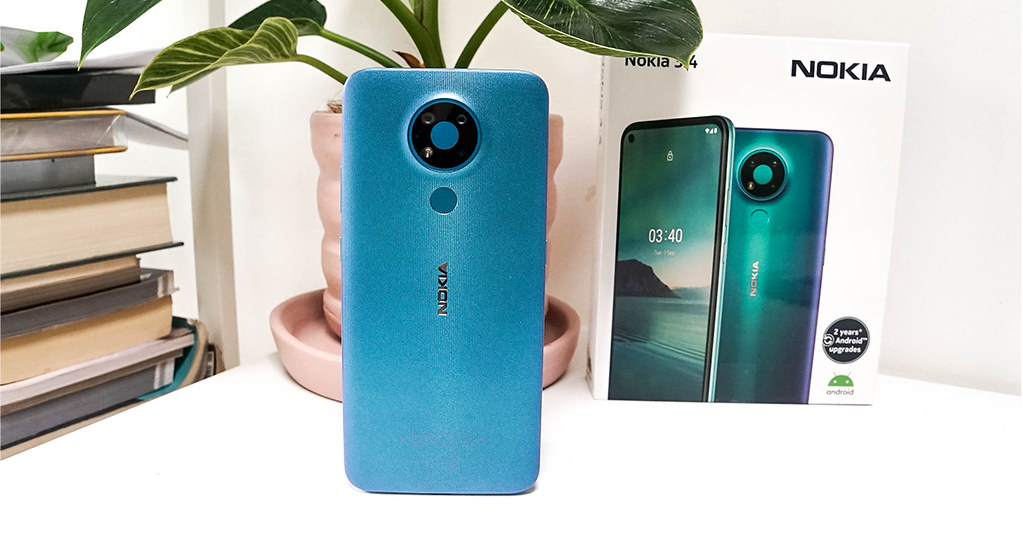 Nokia has recently released an all-around, budget smartphone in the Nokia 3.4. Its large display and decent battery capacity are qualities that can be enjoyed in a variety of ways. Pairing these with the Qualcomm Snapdragon 460 processor allows for an overall satisfactory performance. Priced at just P7990, the 3.4 is a good budget phone given its price range.

As mentioned, the Nokia 3.4 is powered by the newest Qualcomm Snapdragon 460 mobile, which allows for up to 70% better overall performance as compared to previous generations. Its chip is able to support and withstand a lot of activity— whether playing games, streaming videos or browsing through multiple applications —without getting laggy or compromising overall speed.

At 4000mAh, the 3.4 has a relatively good battery size, with an estimated battery life of around 2 days. Despite multiple apps in use and for an extended period of time as well, the battery life is well-maintained and doesn’t get drained at an alarming rate. However, I felt its charge rate to be a bit slow, but that thankfully wouldn’t be too much of a problem with the 3.4’s Adaptive Battery technology that smartly and efficiently saves power by prioritizing and compartmentalizing power to more commonly used apps.

The Nokia has face recognition and fingerprint scanning which I both found to be relatively responsive. The latter, however, I found to be less reliable than the former. In terms of storage, the smartphone has 64GB and 512GB of internal and external storage, respectively, partnered with a 3GB RAM.

Lastly, Nokia has an Android One promise to all its users to keep you ahead of the curve with years of security updates and software upgrades. Through these means, you would be able to get more out of your phone for a longer period of time.

The 3.4’s design is derived from its strong Finnish roots, coming in three different Nordic colors in Fjord, Dusk and Charcoal. Its 3D nano-textured rear cover gives off a sleek yet secure feel when in hand. In terms of materials, an inner metal chassis adds structure and strength for durability.

Its front has a clean look with all buttons located on its sides: power button and volume control on the right, and the Google Assistant button on the left. Its punch hole selfie camera is located on the upper left corner of the screen, while its fingerprint sensor is located on its rear side. Both of which give off a more distinctive look as compared to smartphones from other brands.

A minor detail that would be a plus for me, personally, is that the smartphone contains 65.33% of recycled material and 85.3% of its total material can be recovered.

The 3.4 has a large 6.39” HD screen equipped with a punch hole display in order to maximize screen size. Its screen allows more space for a more immersive entertainment experience, which is an aspect that can be appreciated in a variety of ways by various different types of users.

Despite its large display, I feel like its potential screen size wasn’t fully maximized due to the relatively large bezels located on all four sides, particularly the bottom side with the “NOKIA” lettering centered. Even with these bezels, the 3.4 still has a great display size nonetheless.

The 3.4’s camera is fairly standard, but given the price range of the 3.4, I don’t think you would be expecting that great of a camera anyway. However, the 4 different cameras that the smartphone is equipped with— a 13MP main camera, a 5MP ultra-wide camera, a 2MP depth sensor camera, as well as an 8MP selfie camera —have various different camera features that can make up for the camera’s standard quality. Portrait mode, wide-scale and night mode are features that the 3.4 has, to name a few. Additionally, the user can place background effects and edit it to their liking as well.

Although the 3.4’s camera may not be its strongest quality, its display, battery capacity and overall performance are dependable enough to serve as an all-around, budget smartphone. All in all with the Nokia 3.4, I believe you’d be fairly satisfied with its P7990 price tag, especially given that it’s on the lower end of the price ranges.