Nissan brings in the iconic 370Z 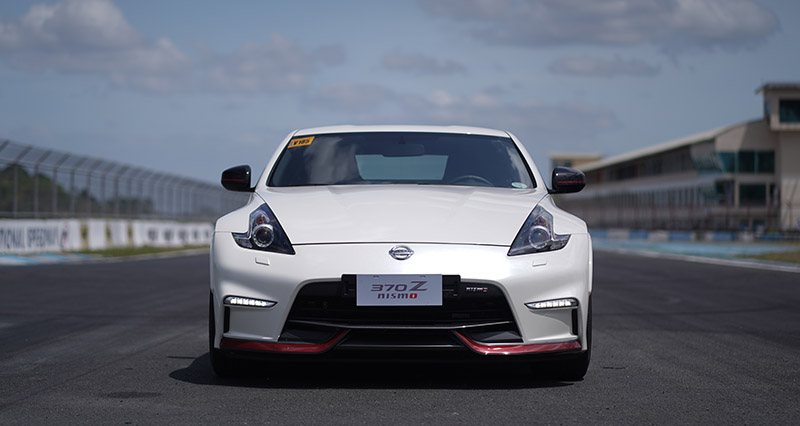 In 1990, Tom Cruise bought himself a Nissan 300ZX Twin Turbo. Those were the years when the Nissan GT-R (then simply called a Skyline) wasn’t available in America yet.

Even 30 years ago, Tom Cruise was already a superstar. He could’ve gotten himself a Ferrari, a Lamborghini or a Porsche (a Porsche 928 famously starred in his 1979 movie Risky Business). But Tom Cruise got himself a Z car.

It’s easy to see why the much more attainable Z sports car could capture the heart of a Hollywood A-lister. Tom Cruise knows cars and he appreciates the legacy of the Datsun-then-Nissan Z car.

It starts, of course, with the seminal Datsun 240Z/Fairlady of 1969, followed by the 260Z and 280Z model upgrades through the 70s. The second-generation Z was the award-winning (Motor Trend’s Import Car of the Year) and record-selling 280ZX of 1978, whose styling still mirrored that of the beautiful 240Z.

The Z car was completely redesigned for 1984, now sporting semi-pop-up rectangular headlamps and a bigger turbocharged 3.0-liter engine that created yet a new name change to 300ZX. That car boasted the most powerful engine in a production Japanese car at the time. It won in America’s popular IMSA GT1 Challenge series in 1985 with actor Paul Newman behind the wheel, beating Porsches and Corvettes.

Which brings us back to Tom Cruise’s 1990 300ZX. It’s an all-new second-generation 300ZX and the fourth generation of the now-iconic Z car line. This twin-turbo 300ZX won every single award given by every car magazine in America, enabling American total Z car sales to hit 1 million.

But the global move to SUVs and crossovers put a halt to the expensive business of developing new sports cars. The 300ZX stopped production in 1996 and it would be a more than a half-decade wait before the world would see a new Z car — the widely acclaimed fifth-gen Z, the 350Z, of 2002.

Fast forward to 2009, and the world lays eyes on the 6th-gen Z, the 350hp 370Z — the fastest Z car yet. And now, after several model changes and upgrades, the 370Z makes its way back to the Philippines (an earlier version was sold locally some years ago).

The 370Z is equipped with the award-winning VQ37 3.7-liter DOHC V6 engine that makes 332ps and 363Nm of torque. This is paired with the world’s first SynchroRev rev-matching system that blips the throttle during downshifts for the 6-speed manual transmission (much like with a heel-and-toe downshift). There is also an available 7-speed automatic with magnesium paddle shifters and Downshift Rev Matching feature. Further enhancing the performance are the sport-tuned shock absorbers, Nissan sport brakes (with 4-piston front and 2-piston rear calipers clamping huge 14-inch discs), limited slip differential, and a carbon-fiber composite driveshaft.

The iconic exterior design of the Nissan 370Z remains true to its performance heritage with a sleek, low roofline for that classic low-slung sports car shape. It possesses a low center of gravity and a short wheelbase for quick response and superb handling. The 370Z carries a distinct front end with Bi-Xenon HID projector headlamps, and LED DRLs. Rounding out the vehicle’s sporty appearance are 19-inch forged alloy wheels by RAYS, dual exhaust outlets, and a sleek rear spoiler.

The 370Z NISMO’s power is enhanced with an exclusive NISMO dual exhaust system giving the V6 engine higher output at 344ps and 371Nm. This is solely paired with a 7-speed automatic with black magnesium paddle shifters. The 370Z NISMO also features a NISMO strut tower brace for enhanced body rigidity and performance dampers for better handling. The car rolls on 245/40R19 front tires and 275/35R19 rear tires (285 for the NISMO).

“Indisputably, the Nissan 370Z is one of the most beloved vehicles for enthusiasts in the world, and now it’s here,” says Atsushi Najima, Nissan Philippines President and Managing Director “The Nissan 370Z provides a truly authentic Japanese sports car experience to our customers. We cannot wait for our Filipinos to enjoy ultimate rush driving experience as we enter the new normal,” he added.

My dear friend and editor-in-chief of this publication asked me to come with a list of the six best single malt whiskies...
Read more
Automotive

Having been home for the past several months (and probably having to stay home for several more), we aren't able to quite...
Read more
Automotive