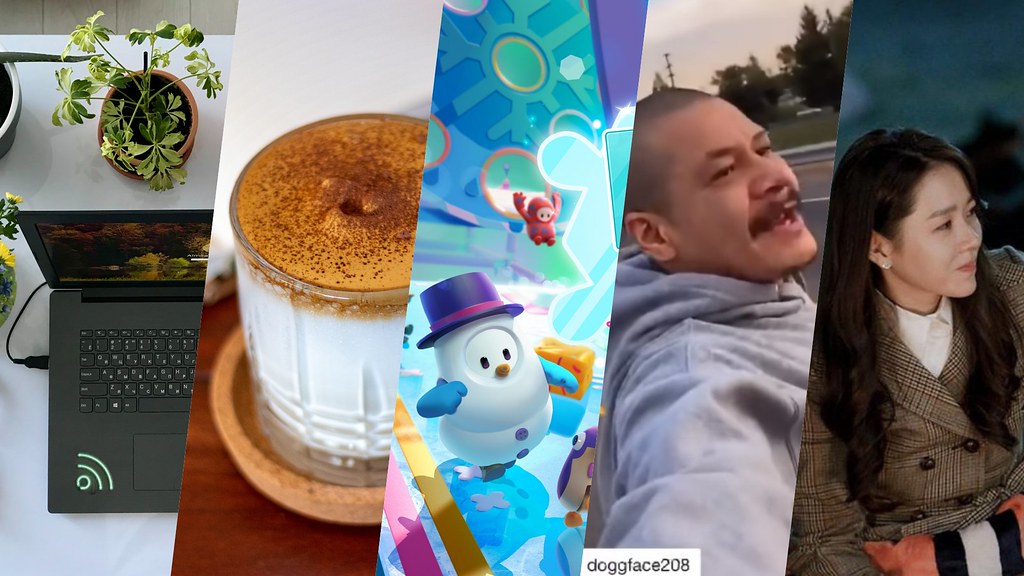 This year will be remembered for all the wrong reasons. The eruption of Taal volcano, death of Kobe Bryant, and the still ongoing lockdown that could’ve birthed a child by now. 9 months in and the end of this tunnel is still nowhere in sight.

To take our mind away from the newfound stress, we had to look at other things we can do, or keep us entertained. Naturally, we cleaned our houses and rooms but there’s only so much we can clean and re-organize. Thankfully, the internet did its job and helped us cope in our new environment and made us laugh or kept us passionately busy in such a trying time.

Soon as we got comfortable working in our own homes, posts about iced coffee populated social media. The usual cold brew was replaced though with something that has more personality – Dalgona coffee. It’s a simple mix of instant coffee, sugar, and milk. It’s this simplicity that allows it to be modified to everyone’s taste and can be served either hot or cold, though many preferred the latter since it was a hot season already.

Dalgona coffee is taxing to the arms though because it involves steady mixing for a period of time. This is why an alternative showed up – Kori-Kohi coffee. It’s basically coffee turned into ice cubes, then serving it with warm milk, melting the coffee cubes in the process and resulting in a nice cold drink. Alternatively you can use hot chocolate or whatever you’re willing to try with coffee according to your taste.

Not having to commute to and from work gave people more time to do their own thing and most of them tried the online space. Hobbyist gamers suddenly made their own Facebook pages, streaming their conquest of Fall Guys, Call of Duty, Fortnite, and Apex Legends among many titles; though some just stayed low key and kept sharing screenshots of their places in Animal Crossings.

A bigger chunk went the vlogging route. I’m sure in your Facebook feed alone, you’ve seen a lot of people sharing their channels, scrambling to hit that 1k subs for monetization. Some had pretty obvious advantages though like Liza Soberano, Kathryn Bernardo, and KC Concepcion who also just joined YouTube this year.

Nonetheless, it populated local YT recommendations with a fresh batch of videos, talent, and a different perspective on the popular people who recently joined.

I am not a fan of TikTok – just making that clear. Yet, I appreciate all the trends and fails it’s given me via my Facebook feed over the pandemic. It’s just a factory of feel good content thanks to Filipino’s creativity and wit in going above and beyond the usual challenges. Tala, RadioDJ, WipeItDown, PictureInPicture, BinibiningMarikit, and many more trends were carried over to Facebook and became quick smiles during my boring minutes. Just stop with the MeAndMyJowa challenge and we’re good.

Also, TikTok gave us @420doggface208 who became viral with his video of skateboarding down a highway while Fleetwood Mac’s Dreams is playing in the background. It single handedly changed the life of that user, and provided a lot of good vibes to us in an otherwise turbulent time.

The pandemic shut down movie houses despite the GCQ, which severely limited the amount of visual content we can enjoy. An upside to this though is more people explored other forms of content, popularly in Netflix. If before they just watch western series, a lot have explored and finally appreciate K-Dramas more than being an object of fandom.

Crash Landing On You, Itaewon Class, Start-Up, The World of the Married, and It’s Okay To Not Be Okay initiated new viewers into the genre, including many men who were initially dismissive of it. The storytelling, execution, and the interplay between the complex characters all helped emphasize why K-Drama is more than a fad.

There’ve been online sellers before the pandemic for sure, but there’s an obvious surge in entrepreneurs as people looked for other means of income in order to survive this tough time. Among all things, food is the most popular one that was delivered by riders into many homes.

Ube Pandesal was the first thing off my head in remembering what’s popular earlier in the year. Cheese in pandesal isn’t anything new, but to put that around an ube flavored bun just takes the classic combo to new heights.

Baked Sushi was also popular with many entreps selling it across the metro in different servings and prices. Then there’s the now becoming common side dish in the country – kimchi. I wouldn’t think that it can support a household but apparently it can. Many people are now stocking it along with our own signature side, atsara.

It was already brewing late last year, but taking care of plants as a hobby bloomed when the pandemic hit. I already had hobbies of my own so I was spared from its vines, but my sisters became plantitas, and so did a lot of friends.

From tall plants to the small ones that can beautify your workstation and corners of your home, people flocked gardens and FB marketplace in search of the next plant to add to their collection. It was a bit fun for me personally because finally, people understand the illogical spending I did with my hobbies because these plants can get really expensive.

Apart from the TikTok and Netflix consumption, there were a few personalities who kept us entertained while we were bored out of our minds in our homes. Not dependent on any challenges, they keep churning out content that made us happy for a few minutes at a time.

Inka Magnaye might as well be the voice of your conscience now with her podcast earning the topspot in Spotify Philippine’s list. Macoy, or Auntie Julie, is everyone’s alta tita na hindi mapangmata. For dry humor, there’s Tyron Tiaga who kept dancing by the walls, and Oliver Austria who suddenly found success with his architect-perspective on things.

2020 somehow levelled the playing field for entertainment and business, giving a fairer chance to upcoming talent and products. In 2021, hopefully, things continue and we see more diversified content and products. For now, I’ll be eating my ube pandesal and sip my dalgona coffee while watching My Mister.

Same sea, different boats. No truer words encapsulate what everyone has been facing with this pandemic. The privileged few fear the virus....
Read more
IMO

OPINION: Ritual for the Environment

This Earth day, it is fitting that we bring to light one of the long-standing concerns of contemporary society – environmental problems....
Read more
IMO

It won’t be an overstatement to say that the glory days of digital piracy around 2010 changed how digital goods were consumed...
Read more