The Poco M3: Better than expected 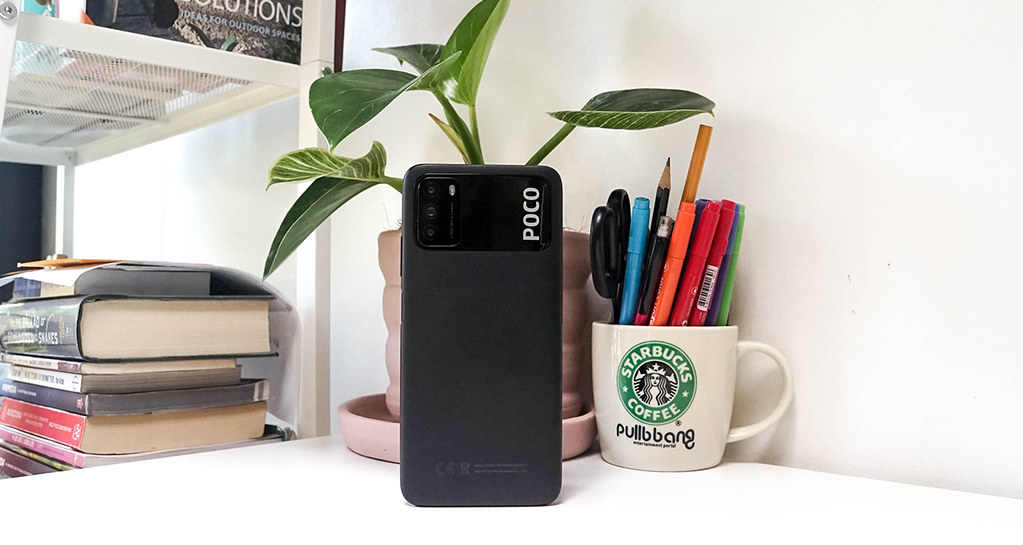 As 2020 comes to an end, POCO launches the M3 as their last addition to their lineup this year. The all-new Poco M3 from Xiaomi comes with the tagline: “More than you expect”. Well, let’s see what we can expect from this affordable smartphone.

For starters, you can expect a 48MP triple-camera, 6,000mAh battery for extensive battery life, and a respectable Snapdragon 662 processor. The POCO M3 comes in three colors: Cool Blue, POCO Yellow and Power Black which we have on hand. The phone itself is built to be ergonomic and feels both lightweight weighing only 198g and sturdy due to its smooth edges and textured anti-fingerprint back which resembles a leather print that gives it a premium look. However, I actually prefer hefty devices but the lightweight ones would be beneficial in a hand bag or pocket.

On the right side of the device, it features the volume rocker and power button which is also the fingerprint scanner. The button feels plasticky but at least it responds really well. On the top, it has an IR blaster, headphone jack and speakers which can also be found on the bottom. Yes, there are two, giving you a louder volume. It also has a microphone and USB Type-C port.

Inside the box of the POCO M3 is a charging adapter, a USB Type-C cable, a SIM ejector tool, a soft clear case, screen protector, User Guide and Warranty Card. The screen protector is highly appreciated especially since it might be difficult to go out and get the perfect size for this screen.

What you’ll first notice with the POCO M3 is its huge 1080P FHD+ Dot Drop display, measuring in at 6.53″. This screen utilizes a maximum resolution of 2340×1080 and a 90.34% screen-to-body ratio. Whatever it is you’re watching on this display, it will be accompanied by equally luscious sound with its Hi-Res Audio certified dual speakers. The vocals were great as well as its high frequency sound. However, it lacked the power for the low frequency sound. The entertainment experience is definitely a standout with the M3, whether you are streaming video or playing mobile games.

The POCO M3’s 6,000 mAh battery is built to last you all day: on stand-by it can last 583 hours, 40 hours of calling, 196 hours of music, and 17 hours of video. When it finally does run out of battery, 18W fast charging can bring the battery to full in about an hour and a half which isn’t bad for its battery capacity. The M3 includes a handy 22.5W fast charger in the box. In addition, this battery is particularly suited to warmer climates like here in the Philippines because it is designed to be safely charged and used in temperatures as high as 45°C (about 20° higher than the average smartphone).

The Qualcomm Snapdragon 662 CPU housed within the POCO M3 makes the most of the phone’s battery and allows it to perform to its fullest. This 11nm octa-core processor has a rapid maximum clock speed of 2.0GHz. Its LPDDR4X memory lets the M3 run multiple apps seamlessly with minimal power drain and lag, while the UFS 2.2 storage lets the phone read data and open apps quicker than ever. This also applies to unlocking and opening the phone, which can even be done at the press of the side-mounted fingerprint sensor.

The M3 comes in two variants; 64GB and 128GB storage with a 4GB RAM. All it’s pre-installed app and software consumed a total of 17GB from our unit which is 128GB. These apps include Amazon, Booking, Facebook, iQIYI, LinkedIn, Netflix and Google Mobile Services. It’s actually a lot in my opinion, but you can always uninstall unused apps.

The highlight of the Poco M3 is its triple-camera which has three distinct lenses: a 2MP macro lens, a 2MP depth lens, and a 48MP main lens. All lenses are compatible with the M3’s standout time-lapse feature among its other photographic enhancements such as Night Mode, Google Lens, AI Scene Detection, AI Beautify, Portrait Mode, Movie Frame, Panorama, Raw Mode, and Slow Motion Video. Storing all of your photos and videos is no issue with the M3’s built-in 128GB memory (maximum available), along with 512GB of extendable storage.

The POCO M3 is offered at P6,990 for its 64GB variant and P7,990 for the 128GB. With its price point and all the features mentioned; its respectable processor, impressive camera, long battery life, and a big display, it’s really more than what I expected for an entry-level smartphone. However, POCO has really maintained a very affordable price for most of its smartphones even with flagship features.

Today’s networks are distributed across so many devices and environments, many of them temporary and all of them in a constant state...
Read more
News

A recent study by Dell Technologies revealed that high-functioning technology or failing technology can directly affect productivity and how humans feel. This...
Read more
News