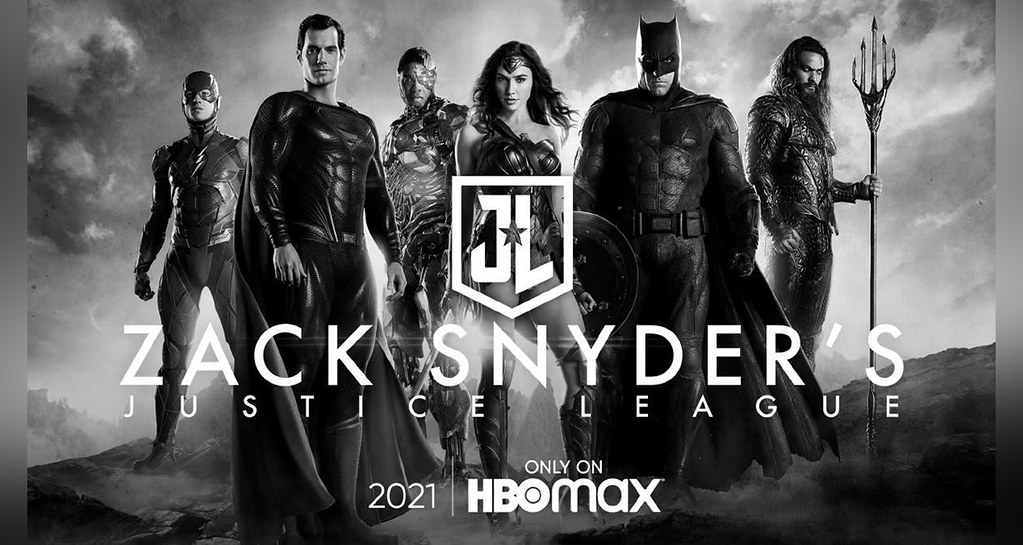 We pray for second chances. We yearn for them, we pine for them – but not all of us get them.

A second chance is so precious that Saturday Night Live director, Dave Wilson said: “Sometimes life gives you a second chance, or even two! Not always, but sometimes. It’s what you do with those second chances that counts.” Such a situation happened to Zack Snyder. Warner Brothers (WB) allowed him to release his own version of 2017’s Justice League. And he made the most out of the opportunity.

(Skip if you don’t want a history lesson)

To understand the nature of WB’s landmark decision, it is helpful to revisit the history of the original Justice League movie.

In May 2017, Zack Snyder, due to his daughter’s death, stepped down as Justice League director. Joss Whedon (famous for helming Marvel’s The Avengers) replaced Snyder and changed the whole movie with his own vision. The chopping and changing of directors resulted in utter disaster. Critics lambasted the film; fans felt lukewarm. By any measure imaginable, the motion picture failed.

The unthinkable, however, happened. The fans did not abandon Justice League per se. They demanded to see the “Snyder Cut” — a version of the movie that Snyder himself failed to complete.

The fans’s pleas unfortunately fell on deaf ears. WB did not concede.

The studio’s inaction did not deter the fans. They kept on petitioning Warner Brothers to release the Snyder Cut.

WB finally relented. In February 2020, the studio green-lit the completion of the Snyder Cut. In May 2020, Zack Snyder announced that HBO Max would stream his movie.

So, here we are again, afforded the chance to watch Mr. Snyder’s do-over. And this time, Justice League soared.

(Spoiler Alert! Also, go straight to the evaluation if you don’t want to read the film’s summary.)

Snyder’s Justice League, suffice it to say, expands and differs from 2017’s Justice League. So don’t really expect to see the same film. The Snyder Cut takes off from Batman v. Superman: Dawn of Justice, specifically the Man of Steel’s death. Unbeknownst to the world, Kal-el’s demise caused the activation of the Mother Boxes — three super-advanced change machines hidden in Themyscira, Atlantis, and Europe. The reactivation of the boxes also draws Steppenwolf out of hiding.

Steppenwolf, who looks like Lord of Darkness of Legend fame, sets out to unify the three cubes to win back Darkseid’s favor. (If you’re not familiar with Darkseid, then just imagine Thanos. The Infinity Gauntlet wielder is a good benchmark. They’re similar in terms of build; both are imposing).

Batman, knowing about the threat that Steppenwolf presents, decides to prepare. He convinces Wonder Woman, Flash, Cyborg, and Aquaman to form a team with him, a group that will do battle against Steppenwolf and his Parademons.

But, notwithstanding their collective might, the five heroes know that they don’t have a chance against Steppenwolf. They need Superman.

And so, Batman and his cohorts use one of the Mother Boxes to resurrect the Man of Steel. They succeed.

So, the six heroes (especially thanks to Cyborg and Flash) defeat Steppenwolf. The Justice Leaguers, in the process, also stave off Darkseid’s arrival.

With a summary in place, it’s time to assess the film itself.

DC Films, starting with Christopher Nolan’s Batman trilogy, aimed to reshape the comic book movie genre by showing gritty, dark, sullen, and serious superhero motion pictures. Zack Snyder’s films like Man of Steel and Batman v. Superman: Dawn of Justice followed the Nolan archetype. However, Marvel, following its light and comedic formulae, started to become a juggernaut. This eventually led to the creation of a hegemony in favor of Stan Lee’s films. Simply put, if your superhero motion picture isn’t like Marvel’s, then it will suck.

The unintended bias worked against DC Films. And as a result, 2017’s Justice League suffered from undue prejudice. So Warner Brothers, not wanting for lightning to strike twice, decided to hire Joss Whedon — which as history shows was an erroneous choice. Thankfully Warner Brothers decided to give Snyder a second chance. The result was undeniable.

This time, Justice League proved as a pleasant anti-thesis to the formulaic Marvel Cinematic Universe (MCU). If the MCU wanted its films to be light, funny, and colorful, Justice League, under Snyder, reveled in the darkness. The serious tone more comfortably fit the movie’s characters and themes.

In terms of characterization, the Snyder Cut accomplishes the task of depicting its heroes in accordance with their circumstances. For instance, Batman does not hesitate to take on suicide missions despite his mortality. We also see Wonder Woman, a walking paradox: every inch of an Amazon warrior but compassionate when necessary. Then there is Aquaman, who despite feeling like an outsider, won’t hesitate to save those that eschewed him. There’s the Flash and Cyborg, the Millennials of the team, who despite their youth show that they can step up to the challenge. And then there is Superman — the man who fights for an adopted world that doesn’t trust him.

One can argue that those characteristics were already present in Whedon’s film. To an extent, they certainly were. But the heroes needed Snyder’s approach to fully unearth their respective characterizations. With Snyder at the helm, the Justice Leaguers exhibited their complete natures.

But, the heroes wouldn’t have come to life if the actors that portrayed them were not up to the task. A cursory review of the thespians’s performances is in order.

Ben Affleck plays the role of an aging Batman to a tee. We also see Gal Gadot reprise her role as a fierce Amazonian warrior. Jason Momoa still exhibits the gruffness need for his role as the King of the Seas. Henry Cavill does alright as Superman. But, the real revelations are Ezra Miller and Rey Fisher as the Flash and Cyborg respectively. Thanks to the Snyder Cut, we get to see them act a lot more. Miller, for example, not only provides quirky comic relief but also exudes heart. He’s more than a token character. And there is of course Fisher, who as it turns out is a great actor as well. He perfectly shows a guy torn between being a monster and a man.

Jared Leto deserves some credit, too. His portrayal of Joker in the Snyder Cut was excellent. There is a palpable difference with the way he portrayed the Clown Prince of Crime in the Suicide Squad versus his performance in Zack Snyder’s 2021 Justice League. In Suicide Squad, Leto looked like a deranged and edgy rocker. In the Snyder Cut, Leto exudes a calm kind of craziness. His acting isn’t forced. It seemed this time around he was more attuned to the role than the first time he played it.

But, for all the merits that the Snyder Cut brings, it’s far from perfect. The movie, especially in the first hour, felt like an amalgamation of divergent stories. It was only during the second hour that the film finally found its groove and settled into a clear, focused narrative. Some also felt that the movie was too long. It took Snyder four hours and two minutes to retell his version of Justice League. A film that long inevitably drags. But, then again, the Snyder Cut wasn’t released in theaters. HBO decided to host it for streaming and thus if one felt tired, they could pause the film and continue it later.

So, should Snyder have cut the fat a bit? To me, three hours would have been satisfactory. To some, four hours wasn’t enough. It’s almost like saying that “War and Peace” would have been better if it was 800 or 900 pages long instead of 1200. You be the judge.

In the end, this year’s Justice League movie a.k.a. the Snyder Cut sets a milestone. For the first time, a studio allowed a director to release his version of a finished film. Will this become an established strategy? Will other studios follow suit? Will Marvel, DC, and even non-comic book film studios release two versions, i.e., one for theatrical release and the other for streaming? The Snyder Cut laid down a new path. Whether it is perilous remains to be seen.

But, for now we focus on 2021’s Justice League and in effect Zack Snyder, too — a film and a director given another chance to rise from the ashes.

“I have a second chance Lo’ and I’m not going to waste it. They wanted me back for a reason. I need to find out why.” Superman uttered those words, but in actuality it was Snyder talking to us, telling the world that he would capitalize on the gift of a do-over given to him.

Only a few get second chances in life. Zack Snyder got his, and as result we got a Justice League that soared

4 – Entertaining, but not a must-see.

Disclaimer: Dates may vary depending on the community quarantine guidelines of each municipality. Global Star Motors (GSM) Corporation, the...
Read more
News

Germumus in your hard-to-wash home items might be hiding in plain sight.  We are spending more time indoors...
Read more
News

42% of Filipinos surveyed are Sulit Shoppers, who are driven by the best deals and prices online A...
Read more
Lifestyle

Aston Martin is celebrating the centenary of its oldest surviving car – ‘A3’ – by building a modern day tribute based on...
Read more

Disclaimer: Dates may vary depending on the community quarantine guidelines of each municipality. Global Star Motors (GSM) Corporation, the...
Read more