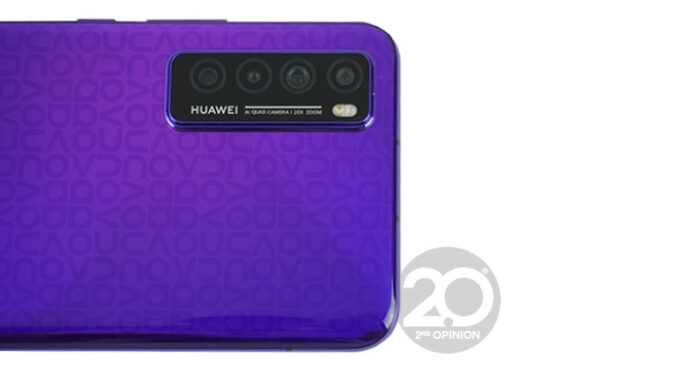 The latest addition to the Huawei nova series line up, the nova 7 features a 64MP quad camera, Kirin 985 5G chip, and 5G connectivity. With telcos starting to roll out 5G in the CBDs, Huawei is leading the 5G bandwagon by making the connectivity more affordable at a price point that fits under the mid-range category.

Will the Huawei nova 7’s Super Camera and Super 5G make it worth buying despite the lack of Google Mobile Services? Find out in our review.

The nova 7 is a premium device that comes in two unique colorways— Space Silver and the one we have on hand, Midsummer Purple. It has a glossy finish and an illusion of depth revealing a darker and lighter shade of purple when reflected by light. It has the nova logo signature on the bottom.

On the right it has the volume rocker and power button. It doesn’t have anything on the left because the dual SIM card tray is at the bottom along with the USB-C port, main microphone and speakers. It doesn’t have any SD card slot and it has an interesting card tray having both SIMs back-to-back. On the top we have its second microphone. It’s also impressively thin and weighs only 180g making it easier to grip.

It has a powerful speaker that can deliver loud volume with minimal distortion but needs a little improvement on high frequencies.

Up front we have a 6.53-inch OLED FullView display with 1080 x 2400 resolution. It is also certified by TUV Rheinland which reduces user strain over extended use. As an OLED display, it supports Huawei’s Always On Display (AOD). Even when the screen is locked, it can show time, date, battery status and notification count. For its security features, it has an in-display fingerprint scanner on the bottom which I personally found a bit too low but at least it worked fine and was pretty quick unlocking the phone. It also has facial recognition and I didn’t have any issues with it as well, even when in the dark.

The top left of the screen houses the 32MP front camera. It was actually made a lot smaller compared to the other models; sometimes you won’t even notice it’s there. On top of that, it also has the latest Super Night Selfie 3.0 and 4K selfie video and video beautification. The photos were more true to their colors in favorable lighting. However, in low light, selfies can be a bit over corrected or over-beautified. The beauty mode goes on overdrive showing an exaggerated or overly filtered image.

On the back it has the 64MP AI quad camera, 8MP ultra-wide angle, 8MP telephoto, and a 2MP macro. The ultra-wide angle camera supports a 120° FOV. I found the photos a bit too sharp and heavy on blacks to a point that it loses a bit of detail. Shooting on macro as close as 4cm, the photos remained true to its original colors and showed great detail. The stabilized telephoto supports 5x hybrid zoom and an impressive 20x digital zoom that results in sharp blur-free photos. you can actually see the software improving the image while saving it.

The newest nova 7 is powered by a Kirin 985 5G chip with a 2.58GHz core, three 2.4GHz cores, and four 1.84GHz cores. It’s paired with the Mali G77 GPU with an internal memory of 8GB RAM and 256GB storage. It didn’t have any frame drops at all playing our benchmark Asphalt 9 at its highest graphic setting. You can download this app from Huawei’s AppGallery.

It operates on EMUI 10.1 that integrates the Huawei AppAssistant and Huawei MeeTime. The AppAssistant lets you respond to incoming calls and text messages without exiting games. With Huawei MeeTime, we were able to make video calls with up to 1080p Full HD which also appeared bright in unfavorable lighting.

It has a 4,000mAh battery which only took about 55 minutes to fully charge and was claimed to reach 75% in 30 minutes with its 40W SuperCharge. It was pretty accurate based on our results but we got 60% in 30 minutes. It lasted us a total of 3 days even with the Always On Display activated. Playing for consecutive hours, we noticed that games only consume 10% of the battery every hour until it reached 50% then drained faster from there totaling 8 hours.

We weren’t able to test the the 5G because the signal is still virtually non-existent. However, it’s expected to clock speeds up to 300mbps with 5G connectivity with your SIM 1 when the connection is available. At the same time, you can also enjoy 4G with your SIM 2. It also features a smart SIM switching technology when the primary SIM card isn’t getting good signal, the device will automatically switch to a secondary SIM card to ensure a smooth user experience.

The nova 7 also features petal search which is a gateway to more apps that isn’t available in the AppGallery just yet, and here’s a video from Huawei to see how the Petal Search works.

Overall, despite the lack of Google Mobile Services, you’d barely feel its loss as you can download apps from Huawei’s AppGallery and the new Petal Search. It may take some getting used to though, as downloading apps from these may sometimes bring you to third-party applications such as APK Pure or APP Taken. On top of that, the nova 7 also features 5 cameras, a powerful processor, and 5G connectivity. As for the 5G feature, it’s still too early as we’d still lack 5G support in most areas of the country–but at least when the time comes, you’d be able to enjoy a better and faster connection at its price point of P23,990.

SAMSUNG has sold out Galaxy Z Fold2 in its official Online Store and retail channels.  “We are grateful for...
Read more