Zooming into the Huawei P30 Pro 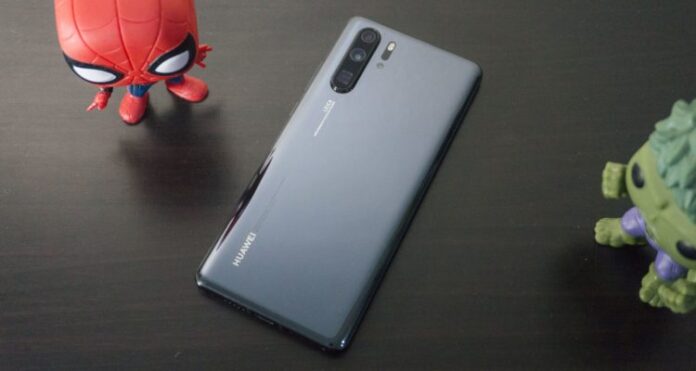 We told you before about Huawei’s flagship P30 Pro, which was dubbed the “ultimate evolution in mobile photography.” The brand has always been ambitious with its offerings, trying to blur the line between smartphones and cameras. Drawing a lot of elements from the Mate 20, the P30 is set to outshine all the other phones in the segment. Plus, the P30 is said to come with better night and low light capabilities, range, and video. Now, we got to try it out for ourselves and tell you if it’s the real deal.

Never miss the details. First up, the P30 Pro comes with a Leica quadruple camera setup. That’s right, there are four of them. The 40-megapixel main wide-angle RYYB sensor with f/1.6 aperture and OIS works hand in hand with a 20-megapixel ultra-wide-angle lens, an 8-megapixel sensor with f/2.4 aperture, and a Time-of-Flight sensor which can perceive depth much better than artificial intelligence can and can be used for 3D and augmented reality (AR) photo applications. Huawei also introduced a pretty cool AR measuring system on the P30 Pro. Now, all you have to do is pan your camera around and it can give you the length, area, volume, and height of various objects as well as people. While it does struggle a bit with finding edges and detecting the object you want to measure, it was surprisingly accurate, missing by only an inch or so here and there.

Now let’s talk about the stars of the show—the cameras. The P30 Pro comes with a plethora of functions and features so, whether or not you are a photography fan, I guarantee you’ll have fun playing with it.

I’m sure you’ve heard of the P30 Pro’s crazy zooming powers, which combines both optical (5x) and artificial intelligence, allowing it to go up to 50x. When Huawei introduced this feature, it became a first in the smartphone industry. The company stepped it up from the P20’s 3x optical zoom and used all the cameras to capture and stitch together detail. While you shouldn’t expect HD quality at 50x, it’s still jaw-dropping to see how much detail it packs in even at that distance—so much that you can clearly read building names and capture small details that a digital zoom would otherwise pixelate too much.

I’ve also tried zooming in on random pedestrians from the 20th floor of a condominium—and it’s creepy just how much detail you can see from that far away.

Check out the zoom below:

The basic photo function has a “master AI” mode and color mode. It also comes with dedicated portrait, aperture (macro), and night mode with toggles such as beauty and bokeh effects along with manual aperture, ISO, and shutter adjustments.  Its pro mode is complete with all the settings and there is a handy guide that you can access on the screen for those who aren’t very familiar with all the photography terms.

And, of course, that’s not all of it—what’s the use of a quadruple camera setup if you’re not going to max it out with functions, right? Some of the cool features we had fun using are the light painting mode, where you get long exposure shots (traditionally done with a DSLR on a tripod) and dual-view video, which divides your screen and simultaneously shoots a normal and close-up scene.

It also includes all the staples like slow motion, time-lapse, and panorama, as well as other interesting functions. It is also capable of shooting in crystal clear 4K and 1080p. And you don’t have to worry about your phone filling up from all the photos because of the 256GB internal storage of the P30 Pro.

Check out some of the shots we took with the P30 Pro:

Even with heavy use, the battery held up impressively. Plus, even if you do manage to drain it, it’s nothing a quick charge won’t be able to solve.

I know the camera is the highlight of this phone, but really, it’s also the 4,200mAh battery and the 40W supercharge that can get your battery up to a good 25-30 percent in just around 15 minutes of charging. The P30 Pro also supports Qi wireless charging as well as reverse charging.

Dressed to the nines

Boasting a 6.47-inch curved OLED display with a dewdrop notch, the P30 Pro is one sleek device. Sometimes a little too sleek for my liking. Without a jelly case (or phone holder), it slips and slides, even on flat surfaces. While adding a case might kill the aesthetic the phone has got on its back, if you want to keep your money’s worth, then that should be the least of your problems.

Speaking of aesthetics, the P30 Pro comes in these colors: Amber Sunrise, Breathing Crystal, Pearl White, Aurora, and Black (but only Breathing Crystal, Aurora, and Black are available locally, at the moment). My personal favorite is Breathing Crystal—which a holographic white shade is inspired by the endless crystalline expanse of salt flats… but it mostly reminds me of clouds and unicorns. The Black test unit I got had a polished reflective body which, on one hand, looks very classy and can double as a mirror, but it is also a fingerprint and smudge magnet. The P30 Pro is also outfitted with an in-screen fingerprint sensor. And while it is not as fast as the usual fingerprint scanner, it responds quickly enough even when my hands are wet.

If there’s anything to say about the display, it’s that those of us who’ve had the chance to use a notch-less display kind of wish Huawei threw that into the party, seeing other lower-end smartphones do so already would make the P30 Pro’s hefty price tag a little more worth the splurge. Otherwise, it makes for a great entertainment medium.

Graphics and RAM-intensive games on maximum settings are nothing the P30 Pro’s Kirin octa-core processor dual NPU can’t handle but it does heat up significantly after a while—so watch out for that. Lags and crashes are rare, but the dreaded screen freeze did rear its head once or twice during the test period.

The Huawei P30 Pro is a great investment for people who love to take photos but don’t want to spend extra for a camera. Although a bit pricey, it delivers what it advertises. But if you’re just in it for casual use, you may want to consider other devices instead.

Other features: IP68 dust/water resistant (up to 2m for 30 mins)

Gaming and content creation on-the-go has never been better, now with the 4K UHD Display and ScreenPad Plus feature of this notebook.
Read more
Reviews

Review: Samsung M51 – The all-around phone for less than P20k

My first impressions when initially getting my hands on the new Samsung Galaxy M51 is its large rectangular shape with sharp edges...
Read more
News