Home Lifestyle Santa on a bike: Meet Bike Camper JBelo who pedals around the...
LifestyleNews

Santa on a bike: Meet Bike Camper JBelo who pedals around the city to make children happy 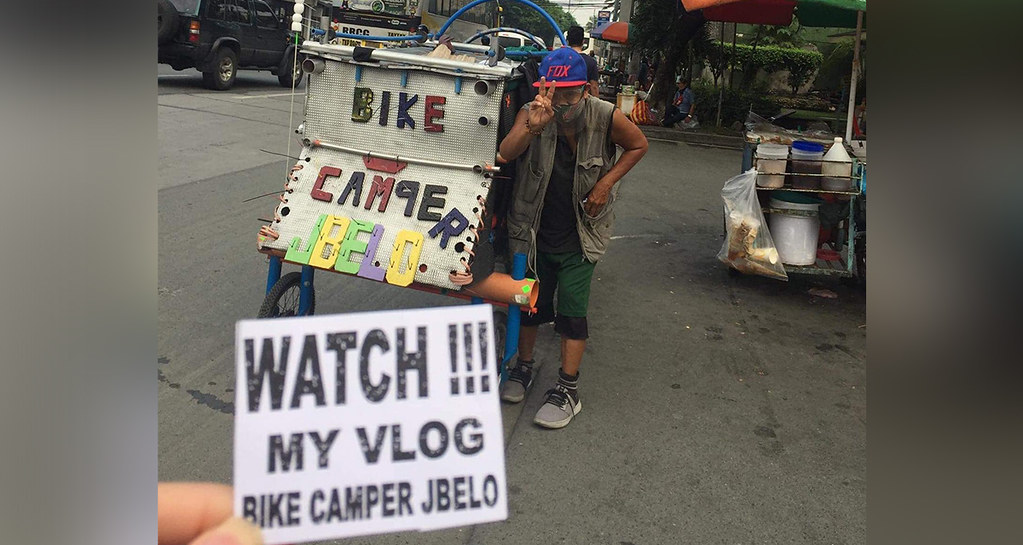 The year has been rough and challenging for everyone. But while some people seem to have lost hope, there are individuals who go above and beyond to touch lives and deliver happiness in the best way that they can.

Such is the motivation behind Joey Belo’s advocacy of bringing joy to the street children and inspiring the online community. The 59-year-old cyclist is the content creator behind the YouTube channel Bike Camper JBelo, which is more than just a travel vlog. In his videos, the biker is seen pedalling in the city and stopping to surprise homeless kids with bags of toys.

Since Belo’s fateful encounter with Joseph Allain Eliseo who told his story online, his humble channel has grown to have more than 250,000 subscribers. He says, “I am really grateful because I didn’t imagine that this would happen to me. Now when I bike, there are people who would stop and greet me. The support is really overwhelming.”

But how did this modern-day hero begin his advocacy? Belo shares that he has been fond of biking since he was a child. It seemed that he followed his father’s footsteps as a newspaper delivery man to distribute joy to kids in the streets.

He narrates, “I was motivated to start this advocacy because I also once lived in the streets. Batang kalye din ako noon, at hindi ako madalas mag-stay sa bahay kasi maliit lang tirahan namin noon.”

His journey started by creating an improvised camper bike made of recycled scrap materials from junk shops. With his makeshift van and GoPro Hero 8, he treks around Metro Manila for long days and documents and uploads his experiences along the road on his channel. He has been to numerous destinations and brought smiles to kids in Calamba, Cavite, Laguna, and Rizal.

However, aside from delivering toys to street children, Belo says that he opened a YouTube channel so he could leave a legacy for his children. “I really like watching on YouTube, and I’ve been planning to start a channel since last year. I want to post videos for my kids to watch because the posts stay there for a long time, parang legacy ko na.”

Belo shares that his own kids often assist in editing and uploading videos on his channel. The usual routine is that he gives them his camera once he gets home and they filter through the recordings and edit them to become a vlog. Currently, they have produced and posted 26 videos on the channel.

An inspiration to netizens

If it weren’t for Belo making a stop in Muntinlupa, he would not have been able to meet with Joseph Eliseo and have his story shared in social media. The 26-year-old was walking home from work when Belo reached out to him and handed a flyer for his channel.

“Sir Joey easily caught my interest because of his soft-spoken and kind-hearted nature. Despite his age, he is still very eager to help people, especially the street children,” Eliseo mentions about his meeting with the biker.

When Eliseo posted Belo’s photo and story on his feed, he shared that he was glad because he was able to reach and inspire thousands of people. He says, “I believe that his advocacy on helping street children is awesome. As the gap between rich and poor becomes wider and wider these days, it amazes me that there is a man who is willing to take risks to be part of the solution on his own way.”

He adds, “Getting to know Sir Belo is a blessing. He made me realise that we should never stop being a blessing to others and that there is always a chance to give back to the community in our own ways.”

As his story made rounds online, Belo says that he has received generous donations of toys and financial support for other goods for the kids. He expresses his gratitude, “I make sure to document every time I give toys to the kids so they can see where their donations go. The continuous support from people really warms my heart.”

With Christmas fast-approaching, Belo is determined to bring even more joy and give presents, mentioning that he wants to also be able to give educational and story books, snacks, and even face masks for the children.

When asked about his future plans, Belo says that he wants to reach more children and travel to the Bicol region. He is also hopeful that more people will join in his advocacy, saying, “Iba yung pakiramdam kapag nakita mo yung ngiti sa mga bata. Sa mga gusto na tumulong din, kahit in your own little ways, gawin mo. Kahit sa una walang susuporta sayo, wag ka matakot. Reach out to them and they will thank you endlessly.”

To those who want to help Belo as he ventures to more cities and gives toys to more kids, send a message to him via his social media page or email him at joeybelo368@gmail.com. Support his vlogs and stay tuned for updates on his inspiring adventures by subscribing to his YouTube channel.