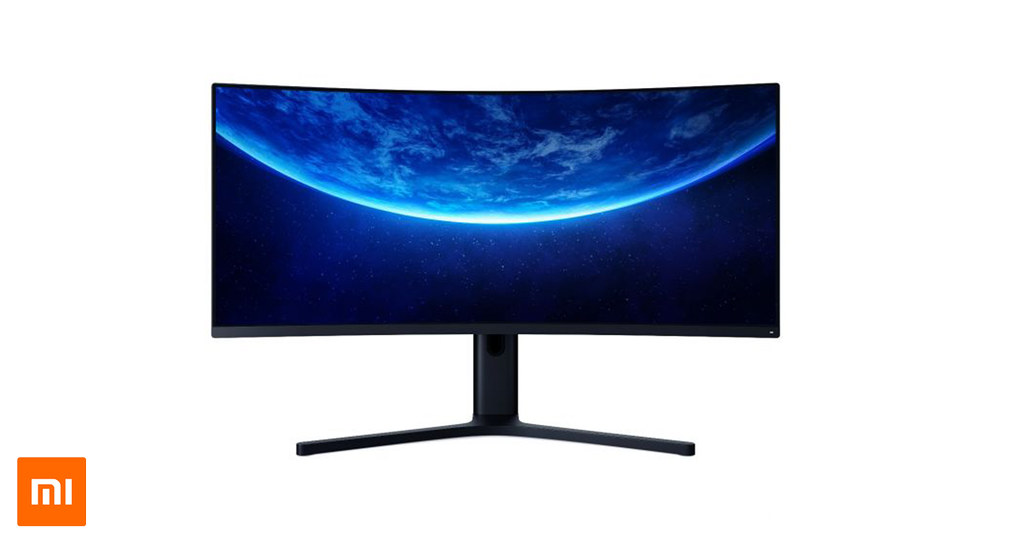 Looking to transition to a budget-friendly ultra-wide display for your computer workstation? Whether it be for gaming or working, the Xiaomi Mi 34-inch Curved Gaming Monitor might just be your next great buy. Boasting a 3440 x 1440 resolution on a VA panel with 144hz refresh rate and 4ms response time, it packs an extremely strong punch when it comes to value for your money. Let’s not forget that it’s also FreeSync compatible. In addition, it also has the following basic specifications:

Now that that’s out of the way, let’s find out what this mammoth of a monitor is really all about.

Carrying it straight out of the box, you’d think this monitor would have metal finishes with its weight. You wouldn’t be completely wrong as the stand is made out of metal inside, which allows it to support the monitor itself. However, Xiaomi ultimately decided to opt with a plastic matte black finishing instead. Surprisingly, this actually gives it a sleek and sexy look that is perfect for all the minimalists out there. The icing on the cake? Both the stand and the monitor itself actually have detachable magnet covers that help with cable management.

One downside to the plastic matte black finishing is that it’s easily prone to scratches so you’ll have to be extra careful when plugging in those cables. Another thing to take note of is that the function buttons behind the monitor are a bit confusing and flimsy. They’re not exactly the easiest to use.

Speaking of plugging in your cables, this monitor has two HDMI 2.0 ports, two 1.4 Display Port Interfaces, an Audio Jack port, and an AC Power Cord Interface. Unfortunately, it doesn’t have any USB ports available. Like mentioned above, it has a magnet covering for its ports so you can keep things neat and tidy.

A monitor this huge will definitely need some adjustments depending on your set-up and luckily it comes with its own wall-bracket that is VESA mount compatible. Aside from that, you can easily adjust the monitor by swiveling it left and right or tilting it forward and backward, depending on your needs. Adding to that, the stand in itself has its own height adjustment mechanism as well.

The most notable features of this monitor, aside from its FreeSync compatibility and all the usual features that generally come with a monitor, are the Dual Display and Picture in Picture modes. Multitasking is made so much easier as the former allows you to connect two different devices essentially giving you two different monitors. Whether it be a console or another laptop, the possibilities are endless. The latter mode basically allows you to do the same, except your second source of display would just be a sub window – perfect for streamers or multitasking in general.

Other basic features include having 6 different pre-sets (including Low Blue Light mode) that cater to most of your needs. It also has a Motion Response Time overdrive wherein you can opt to set it to low, medium, or high. What it doesn’t have however is support for HDR.

With its 1500R Curvature, this monitor allows you to completely be immersed in whatever it is you’re doing. I also found that it naturally has minimal or minor bleeding due to it being a VA panel. However, it’s not noticeable at all and can only be seen when you display completely black images. With this in mind, let’s talk about how it performs when in use.

For gaming, especially on Open World Role Playing Games (RPG), the colors are great and you will definitely love how the whole environment looks when you’re exploring. In short, it lets you really dive into the game that you’re playing. For First Person Shooter (FPS) Games, you’ll have a slight advantage with the extra real estate your screen is covering. However, you’ll probably also have to live with minimal ghosting as after testing its Motion Response Time on all three levels it was evident, albeit minimal. It is best to leave the setting at the medium level though, as this is the sweet spot for most monitors between minimal ghosting and smooth game play. For any kind of game, the FreeSync feature also prevents tearing and can level up your gaming experience.

For work such as video editing, there is no question that you’ll be able to work more efficiently as is the case for most ultra-wide monitors. You will have more room to actually edit your videos without having to scroll through timestamps all the time. However, if you’re more on the professional side, you might have to calibrate the monitor first to maximize its color specifications as I speculate that the defaults were set with gaming in mind.

For media consumption, you’ll love how immersive the experience is, especially when you’re watching a movie that supports that 21:9 aspect ratio, which most movies do. Take note however, that most videos on streaming services such as your favorite TV-Series or K-Drama only run at 16:9 aspect ratio. This means that you’ll see two black panels on the side while watching them as they won’t fill out the monitor’s entire screen.

Patrick Yao
A former athlete and civil servant, you'd never guess Patrick's passion for gaming and technology! He usually spends his free time trying out different games and doing research on the latest tech while sharing his experience on his streaming and tech channel! Oh yeah, he also loves working out! Gotta keep both the mind and body fit!

Today’s networks are distributed across so many devices and environments, many of them temporary and all of them in a constant state...
Read more
News

A recent study by Dell Technologies revealed that high-functioning technology or failing technology can directly affect productivity and how humans feel. This...
Read more
News