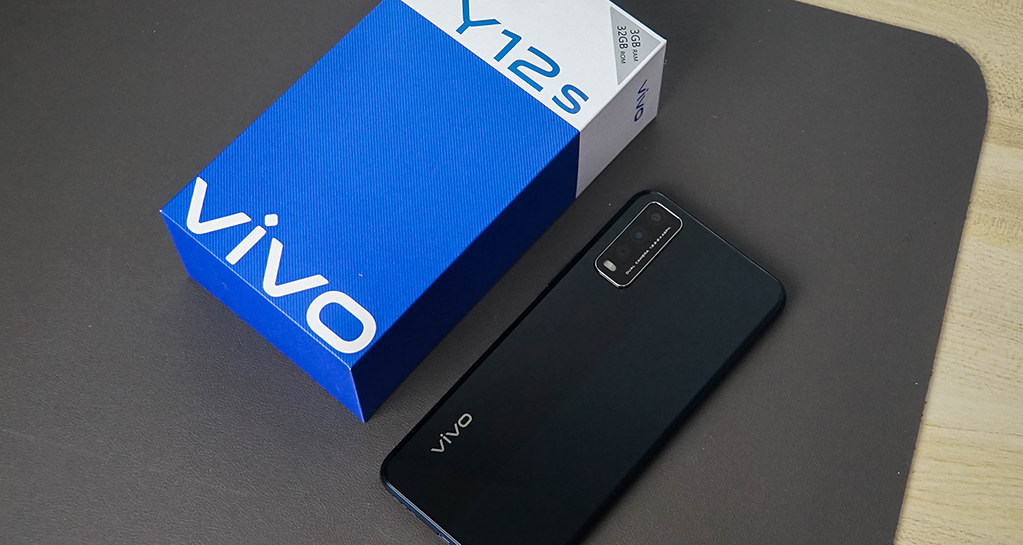 Usually when we talk about entry-level phones, it’s a scaled down version of a brand’s higher-end model created to make it more affordable. As expected, it will have less advanced features. In this review, we put to test the vivo Y12s — the brand’s latest entry-level smartphone packed with some notable features that have it punching above its weight.

The Y12s comes in two versions of 2.5D colors that reveal different shades when hit by light: Glacier Blue and Phantom Black which is the model we have on hand. The Phantom Black color is inspired by the classic luster of natural black agate stones. It blends tranquil black with a refined deep blue giving it a classy look and touch. It’s also just 8.41cm thick and weighs 191g. It sports a fingerprint scanner on its right side which also works as the power button.

Underneath, the Y12s has a speaker grille, microphone, headphone jack and surprisingly a Micro-USB instead of the Type-C port. This can potentially lengthen charging time especially with its massive 5,000mAh battery capacity.

Up front we have a large 6.51-inch LCD Halo FullView Display with HD+ (1600×720) resolution which was quite decent when watching videos or playing games. It has very minimal borders on its sides and a slightly thicker bottom. Nonetheless, it’s still a pretty sizable screen size when compared to some of its competitors.

The vivo Y12s features an AI Dual Camera with a 13MP (f/2.2) for the main camera and 2MP depth sensor (f/2.4). We shot the latest Toyota Vios GR-S in Super Red V and the colors were bright and crisp. The Y12s captured every detail and color with favorable lighting.

The Y12s does not have optical zoom but it can zoom in up to 4x if you need to get closer to your subject. However, as seen on our photo even with favorable lighting, the picture appeared a bit grainy and lacked detail.

On the top of the screen, the devices offers an 8MP selfie camera with an f/1.8 lens. It captures a good amount of detail in an outdoor setting but it lacked the full spectrum of color for the blue skies and greenery (see 1st photo below). The colors were most vivid in an indoor setting with my hair color appearing darker in the 2nd photo, while the 3rd photo which lacked light was a bit grainy as expected.

The Y12s sports a 5,000mAh battery that is supported by AI power saving technology, ensuring about 16 hours of usage. A single full charge lasted a little more than a day with regular usage — this involved surfing the net and watching videos/movies. For gaming, it lasted us 10 hours of resource-intensive gameplay. It is also engineered with 5V/1A Reverse Charging, so your Y12s can be used to charge other devices, like a mobile power bank.

The device can accommodate two nano SIM cards and a micro SD card. It supports 2.4GHz and 5GHz WiFi connection and bluetooth 5.0.

The Y12s is powered by a MediaTek Helio P35 chipset (2018 processor) paired with 3GB RAM and 32GB storage. It runs on FunTouch 11 operating system. We ran it through a few tests and got these results (see picture below). We tried playing a few games with it and experienced a few frame drops while playing graphic-intensive games. However, the Multi-Turbo 3.0 feature that was made to prevent frame drops and stutter helped optimize touch controls and blocked all distractions by turning off other notifications. If you’re looking for a great phone for gaming, the Y12s wouldn’t be the best option but it doesn’t make it a terrible gaming phone as it can still suffice for less intensive games.

As mentioned, entry-level phones usually have less advanced features than their flagship sibling but the vivo Y12s still stands out in its own class. For the price of P6,499 the Y12s offers a premium design, a powerful 5,000mAh battery capacity, and a fair camera for your selfie needs. It also features a pretty sizable 6.51-inch screen but there’s still room for improvement when it comes to its display as expected with a HD+ resolution.