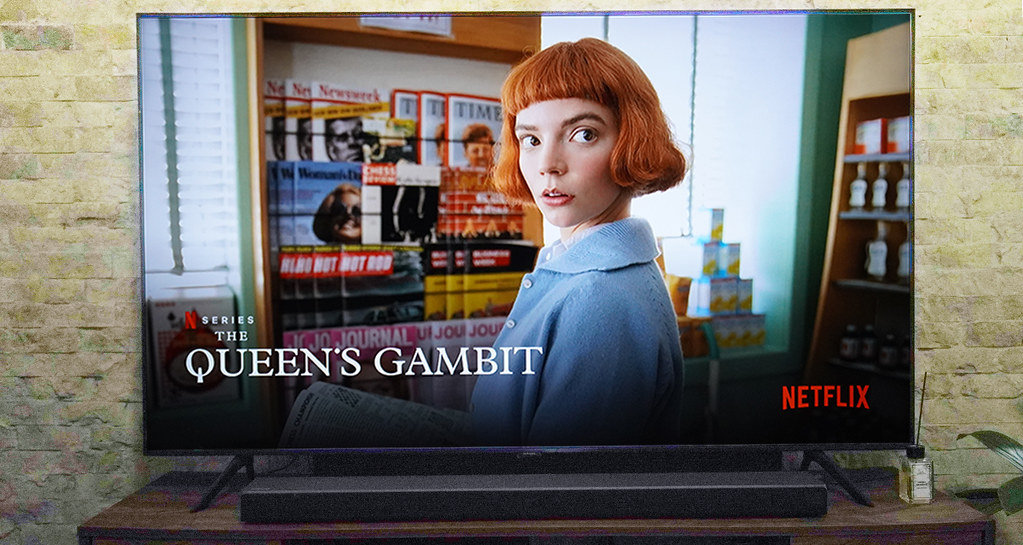 My very first visit to the annual Consumer Electronics Show (CES) in Las Vegas was 12 years ago, in 2008. I covered the show as a media delegate of Samsung. I remember being awe-struck by a vast and towering wall of high-definition TVs that reached all the way to the high ceilings of the Las Vegas Convention Center.

Four years later, in 2012, I was back in CES—and this time it was my first glimpse of the then-groundbreaking 4K Ultra-High-Definition Internet TV. Needless to say, Samsung was at the forefront of the new technology (although other brands rolled out their own 4K UHD TVs as well). I was stunned by the new TVs’ vividly lifelike pictures and colors.

More than that, this Samsung Crystal UHD TV, which runs on Tizen OS, offers an array of features undreamt of just a few years ago. Here are the most notable ones:

With Netflix, YouTube and a host of other apps pre-installed (and with a nifty Netflix shortcut button on the wonderfully minimalist and intuitive remote—Samsung calls it One Remote Control), I was able to take advantage of the TV’s Crystal UHD (with 3840 x 2160 resolution at 120Hz) display and 4K processor right away as I streamed UHD movie trailers just seconds after powering it on. It was nothing short of what you’d expect from a 4K TV—visuals were crisp, colors were vibrant, and contrast was dynamic (thanks to the TV’s High-Dynamic Range (HDR)—even in dark scenes. Best of all, the TV upscales the more widely available FHD content to 4K picture quality.

In addition, the TU8000’s Smart Hub feature creates an accessible smart menu that allows viewers to easily switch what they are viewing and can offer suggestions such as your recently viewed apps or shows.

The Samsung Crystal UHD TU8000 also features Dolby Digital Plus for its 2-channel speakers, so it’s no slouch on the audio department. It was able to fill a largish living room with rich and well-distributed sound without using satellite speakers or a sound bar. (Although I’d still suggest using a sound bar and a subwoofer for true cinematic sound.)

For a truly immersive viewing experience (and to make a stylish statement in your bedroom or living room), the TU8000 boasts Samsung’s stunning 3-Side Bezel-less Design. There is 99 percent screen for a truly panoramic picture. Adding to the upscale design is the TV’s ultra-slim black frame and its handsome (and sturdy) textured black metal base.

Further enhancing the TV’s eye candy factor is Ambient Mode, which lets you convert the screen—when you’re not watching a program, of course—into a part of your interior décor by turning it into a “wallpaper” or “painting” to match the room or displaying the time and weather or even displaying your photos in an ultra-high-resolution display.

But that’s not all. The TU8000’s Clean Cable Solution eliminates the messiness of cables by seamlessly hiding them within the TV stand.

Aside from a plethora of ports (3 HDMI, 2 USB, 1 Digital Audio Out, and 1 Composite In, 1 RF In, and 1 LAN) at the back, the TU8000 series features Bluetooth and Apple AirPlay connectivity. The latter lets you stream or share content from an iPhone, iPad, or Mac to the TV. The TV also offers Tap View, which connects and mirrors your Samsung smartphone’s screen onto the TV with just a tap of the button on the One Remote Control. Aside from Apple AirPlay and Tap View, there’s also Bixby Voice Assistant, which helps you manage tasks on your TV that responds to your voice commands using the mic function of the One Remote.

But wait, there’s more! Connectivity is taken to the next level with Digital Butler, which lets you control your smart mobile devices and home appliances with the TV itself. And, of course, the TU8000 supports Samsung’s highly versatile SmartThings app.

Overall, the Samsung TU8000 makes for a fantastic entertainment centerpiece for any living room or bedroom. It’s a stunning 4K TV that dishes out crisp images, vibrant sound, and built-in Netflix so you can watch your favorite TV programs and movies instantly. Its innovative and industry-leading features are just the icing on the cake.