Review: Nokia C1 Plus — the budget smartphone you might want 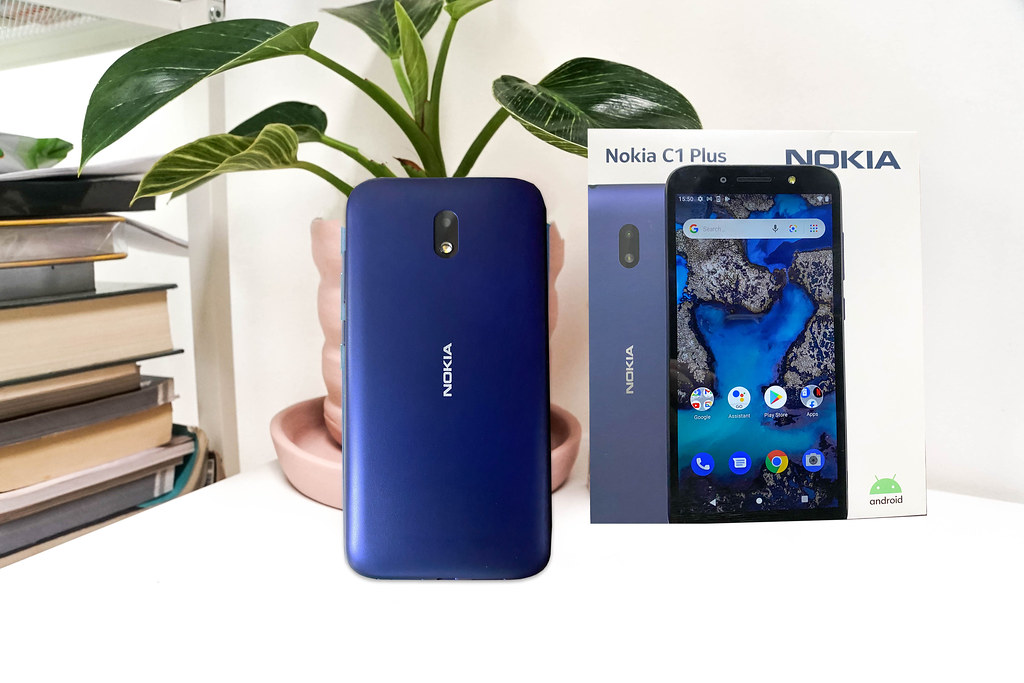 As crazy as it may sound, smartphones are more of a necessity than luxury nowadays. Given the amount of work that’s being done online and on-the-go, keeping what many consider to essentially be a tiny computer in your pocket will definitely give you an advantage in whatever you’re venturing into. However, I understand that they could be a bit too pricey for some of us. Fortunately for those who share the same sentiment, the Nokia C1 PLUS comes in to try and prove us wrong. With an entry-level price of around only P3600, we’re about to find out if it is indeed worth your money.

The Nokia C1 PLUS’ size is comparable to other modern smartphones, measuring at 149.1 x 71.2 x 8.8 mm. It also has a 5.45-inch HD+ in-cell display that uses IPS LCD technology; decent enough if you ask me, albeit a little too outdated on its specs. With resolution of only 480 x 960 pixels, it could do a lot better given this day and age.

Placed on the right side of the phone are the volume rocker and power button, both of which surprisingly don’t feel flimsy at all. On top, you’ll find a 3.5mm audio jack– a feature I very much support, especially if your audio devices use the same connectivity. Lastly, you’ll find the micro-USB charging port directly below, in the middle of where the speakers are.

The Nokia C1 PLUS comes in two available colors: Blue or Red. With only the camera and the staple “Nokia” logo on the back, whichever color you choose, it goes well with the overall sleek and simple design. However, I find the rear camera’s positioning to be a little bit questionable as it is placed flat in the middle of the top side of the phone. You might have to clean it often as you will definitely end up rubbing your fingers on it from time to time. Lastly, the rear case is actually removable, which is where you’ll find your battery, microSD, and Dual Nano Sim slots.

Its speakers, on the other hand, aren’t exceptional, but are definitely decent enough for casual audio or video consumption on Spotify, Netflix, YouTube and the like.

You’ll find two 5 MP cameras, one in the rear and one in the front. They both come with flash which is always good to have. However, after testing both cameras, I have to say that they’re disappointing as both are almost unusable if you want great quality pictures and/or videos– unless you really have good lighting around the area to make up for it. Otherwise, expect your photos and videos to be a little blurry. It’s still pretty useful, though, if you just want to casually take pictures without being too focused on the quality.

The phone uses Android 10 (GO Edition) as its OS — a lite version of Android. With the lite version, expect most of your applications to be the same. Under the hood, the C1 PLUS runs on a 1.4GHz quad-core CPU with only 1GB of RAM and 16GB of storage. For an entry-level phone, my only problem with its specs is the size of the RAM. General use will require you to be patient, especially if you plan to have it as your primary phone as it takes a while to switch between or even load applications. The storage size could always be upgraded by inserting a microSD card since the phone can accommodate up to 128GB of such.

Thinking of playing Mobile Legends or other popular games? As this C1 PLUS only has 1 GB of RAM, don’t expect to dominate your games as you may experience some lags or frame drops. Mobile Legends is playable, but you might be put in a slight disadvantage. For Call of Duty Mobile, there are no traces of it on the Play Store so it might not be available for the Android GO. Even if it were, you’ll need at least 3GB of RAM for that, so I highly doubt you’ll enjoy your matches.

Throw it back to the time wherein our phone batteries were removable, because this phone has exactly that! It has a 2,500mAh removable battery that takes 3-4 hours to fully charge and around a whole day of general use to drain. I personally don’t think the removable battery is a bad idea because it enables you to purchase and use a back-up battery if need be. There’s nothing special or bad about this phone’s battery, especially at its category as an entry-level phone.

This phone has Facial Recognition security measure which, for an entry-level phone, is definitely impressive. However, after days of usage, I recommend that you use the manual PIN input feature instead, as Facial Recognition may take 2 or more seconds before it actually works, hence being less reliable than the former. There will also be times wherein it won’t actually recognize your face and you’ll end up having to input your PIN anyways. This could be a hindrance for those who are looking to maximize their time and productivity.

Aside from the usual WiFi, this phone offers 4G LTE Cat4, GPS with AGPS, and Bluetooth 4.2– features that are good to have, especially at this phone’s price point. FM Radio is also available, a plus for those who would appreciate this feature.

For its price of around P3,600, I can say that there’s nothing exceptional about the Nokia C1 PLUS except for the fact that it boasts a lot of features that modern smartphones have, such as 4G LTE, Bluetooth 4.2, and Facial Recognition. For its performance, you essentially get what you pay for. Although a little bit slow, you’ll be able to maximize its functions, whether it be for work or for own use. If you’re on a really tight budget for a new primary smartphone, you might want to consider this as one of your options. For those who are looking for a back-up secondary phone, this might also be worth your money. At the end of the day, this phone can get the job done.