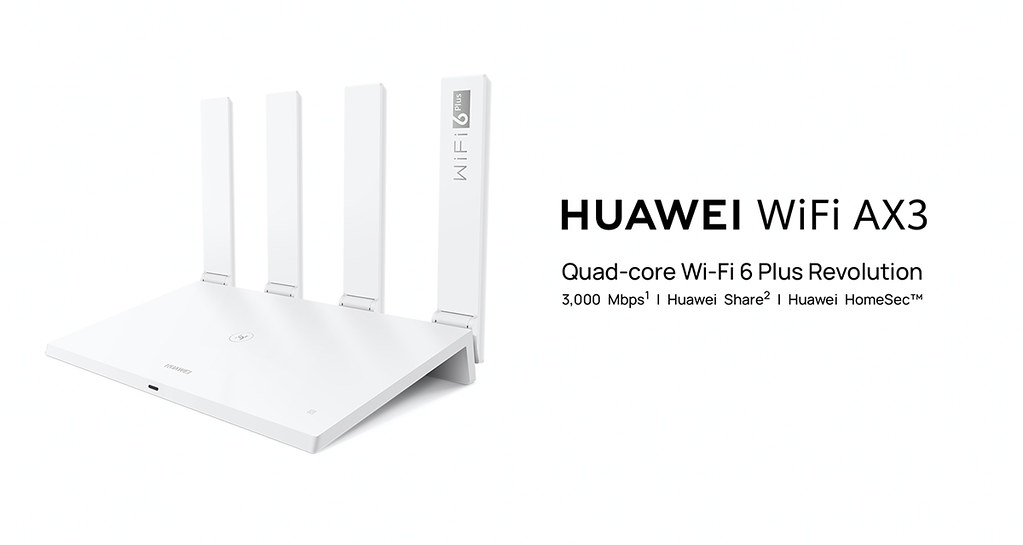 With the amount of time we spend at home whether it’s for work, school or leisure, it’s important to have a quality Internet connection. We put to the test the Huawei WiFi AX3 to see if this affordable quad-core Wi-Fi 6 router priced at P3,999 gives me the Internet boost I need at home.

The Huawei WiFi AX3 is one of Huawei’s first few smart home products as they broaden their product line. This router features Huawei’s WiFi 6 tech that should offer broader coverage and a more stable connection.

As I unboxed and set up the WiFi AX3 in a previous article, I found the router quite pleasing to the eye as it came in a clean white color and a minimalist design. It has a HiLink logo button on its top side for seamless pairing with supported Huawei routers and a yellow LED light for its power on the front of the device.

It also has four foldable large antennas which can open up to a 90° angle. It has a variety of ports: a power adapter, WAN to connect your modem, 3 LAN ports for your Ethernet-capable devices, reset switch and power button. Sadly, it doesn’t have a USB port for expansion. You can however, opt to use another Huawei product that supports HiLink as an extender/repeater.

Setting the router up

After setting up your cables and connecting to the WiFi network, you can manage the device on an Internet browser and enter 192.168.3.1 in the address bar to log on to the web-based management page. Another option would be to download the Huawei AI App for a quicker set up. With this app, users can easily see all connected devices, WiFi status, and other settings. All of these can be found on the 192.168.3.1 browser as well after log-in.

The Wi-Fi 6 bandwidth division function allows for multiple devices to share the same channel resources, enabling four times the number of users to access the network simultaneously (up to a total of 128 devices according to Huawei). Huawei phones that support WiFi 6 can get a more stable and even stronger connection.

The WiFi AX3 supports 1024-QAM and 160 MHz ultra-large bandwidth, delivering theoretical speeds of up to 2976 Mbps (574 Mbps in 2.4 GHz plus 2401 Mbps in 5 GHz). The powerful quad-core CPU is expected to boost the Wi-Fi 6 speed past 1 Gbps, facilitating HD movie downloads in as little as 10 seconds.

Conveniently, users can tap NFC-enabled phones on the router to connect to the Wi-Fi. *This feature is only available for Android phones with NFC enabled.

For the price of P3,999, the Huawei WiFi AX3 can indeed broaden the range of your Internet connection at home no matter how far you are from the router itself. It can also assure stable connection with a number of users connected simultaneously. On top of this, it features the Huawei HomeSec Security Safeguard to prevent attacks from Wi-Fi cracking apps. Its expandability, however, is limited due to the lack of USB port and having only three Ethernet ports/limited antenna adjustments.

The Huawei WiFi AX3 6 Plus is available now for only Php 3,999 via Lazada, Shopee, and the HUAWEI Store.

Aston Martin is celebrating the centenary of its oldest surviving car – ‘A3’ – by building a modern day tribute based on...
Read more
Load more

Accenture (NYSE: ACN) and Shiseido are establishing a joint venture to accelerate Shiseido’s digital transformation as part of the strategic partnership the...
Read more