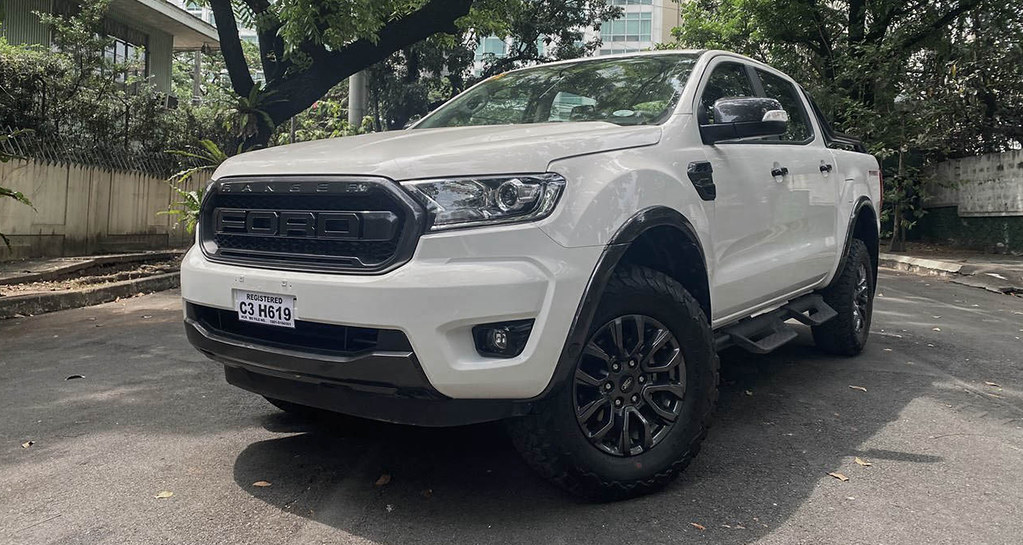 Ford’s FX4 Max variant of the popular Ranger lineup is littered with various enticing features and aspects compared to other pickup trucks. The FX4 Max is a more muscular and powerful (both in appearance and performance) variant, even if it’s not quite up there with the Ranger Raptor.

Under the hood is a powerful 2.0-liter Bi-Turbo engine that produces 213ps and 500Nm. The torque produced is actually notably higher than previous variants, thanks to its 2 turbos that work independently for that extra torque. Moreover, the FX4 Max is also equipped with a best-in-class 10-speed auto transmission that allows for better response, as well as facilitating a more accurate and swift gear change.

Unfortunately, due to the recent enhancement of quarantine and lockdown regulations, I didn’t get the chance to take this baby off-road and truly test its powers to its full capacity. That, however, didn’t stop me from taking the FX4 Max for a good spin, and neither did not necessarily being in the ideal driving terrain take anything away from the overall driving experience.

Even for someone who isn’t as acclimated in driving bigger and larger cars, I found the Ford’s FX4 Max standing out, nonetheless; it wasn’t its huge size or sheer mass that made its mark on me, but how powerful, responsive and capable it was.

Feeling like I was driving an agile beast on the less congested Manila streets (at least as of lately), I was quite impressed with both the smoothness of the brakes and the suspension. Its 2-inch monotube FOX shocks definitely allow for a significantly better driving experience that would no doubt be appreciated a whole lot more on those rugged dirt roads.

Even within the city, the FX4 Max is a pleasant drive. Though when traffic reaches bumper to bumper and/or when you find yourself in tight spaces, the pickup’s size is definitely something to be mindful of, both in length and width.

Similar to how Ford has multiple variants of the Ranger, the American manufacturer likewise has multiple colors that the FX4 Max is available in, namely Arctic White, Absolute Black, Aluminum Metallic, Meteor Grey, True Red and lastly, Blue Lightning.

At the very front of the car, you will find the bold “F-O-R-D” branding on the grille that is striking compared to other variants and gives off a mean appearance to its face. What I personally liked most about the FX4 Max’s exterior are the striking tubular sports bars that actually look like large, black pipes that add a certain amount of grit.

The FX4 Max also has side steps with a non-slip finish for added safety when entering or exiting the vehicle. For me, I was just happy that Ford added a step to make entering the car a lot easier, something that my 5’5 frame would otherwise experience more difficulty in. Despite its side steps, the vehicle’s ground clearance isn’t compromised.

Ford has also placed newly designed 17-inch alloy wheels with all-terrain tires that complete both its performance and sporty look.

The FX4 Max has a rather standard interior in the sense that it possesses all of the necessary features and has a simple layout, save for its auxiliary switch pack connected to an upgraded 250A alternator centered on the dashboard, which allows you to control your aftermarket accessories very accessibly.

The FX4 Max isn’t necessarily equipped with eye-popping features, but are features that are essential, nevertheless. Especially for a vehicle of this ilk that is built to go through different rigors, safety features such as Hill Launch Assist to prevent backrolling, Traction Control System that individually monitors each wheel to either brake automatically or increase torque when needed, and Rollover Mitigation to prevent that disaster no one hopes to experience are all aspects that are absolutely vital to the FX4 and its capabilities.

One feature that would have been of help to me would be reverse cameras to assist while maneuvering the lengthy car.

Ford enabled the FX4 Max to have excellent off-road skills and to fulfill practical purposes proficiently. Plus, with a very reasonable P1,178,000 price tag, it wouldn’t shock me to see the FX4 Max make a big splash in the truck segment.

For families all over, Mother’s Day is one of the most eagerly awaited celebrations of the year. We all love our Moms...
Read more
Automotive

The Essenza SCV12, the track-only hypercar with production limited to 40 units, will make its debut on May 13 in Asphalt 9: Legends, the...
Read more
Automotive

The Super SUV Lamborghini Urus’ high-speed record set on the ice of Russia’s Lake Baikal during the Days of Speed in March...
Read more