Review: Fitbit’s Inspire 2, the smartwatch for the active lifestyle 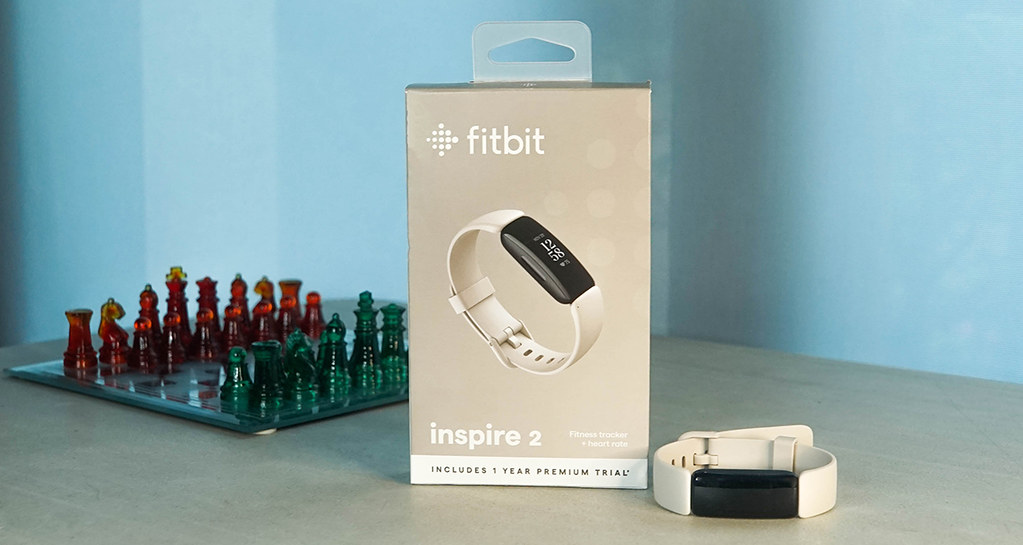 Smartwatches have been all the rage this past decade. Brands such as Apple, Huawei, Sony, Samsung, even TAG Heuer, among others, all have selections of tech-savvy wearables to cater to the on-the-go and active lifestyle.

The Fitbit brand, on the one hand, is the original fitness watch. And it is this trend-setting path that has paved the way for the big tech companies like Apple to cash in on the fitness/tech craze.

Enter the Fitbit’s newest wearable smartwatch, the Inspire 2, a modern yet elegant smartwatch that’s light and sleek to wear, while still being packed with features and tech that is not only useful, but simply achieves the goal of becoming a mainstay in one’s everyday life.

The Inspire 2 is a fitness tracker that measures and analyzes a diverse set of body metrics such as 24/7 heart-rate, active zone minutes, number of steps taken, distance covered, calories burned, cardio fitness level, nutrition and water intake per day, and even menstrual health. It would notify me if I’ve reached a certain goal which they call active zone minutes in exercises such as jogging, running, swimming, weights, etc.

I was surprised by how such simple errands like going to the mall to buy or get stuff done are easily taken for granted. This was because I was notified that I reached a goal of X number of steps taken while I was just about to retrieve my shoes which I had washed in a shoe cleaning shop at a local mall.

The beauty of the Fitbit app is that it reminds you to set goals for yourself like losing weight, burning a percentage of body fat, etc., all at your own discretion. Then there’s the social media aspect to it, as you can see your friend’s goals, cheer them on, or even challenge them to achieve more. The Inspire 2 automatically detects exercises and/or sports that you are doing, and I personally was amazed at the data I was presented after putting it through two sessions of intense basketball. It showed data like how the sessions were around 1 hour apiece, the duration of heart rate zones such as peak, cardio, and fat burn, my average heart rate and graphs of the sessions, as well as calories burned with its own set of graphs as well. Basically, its a fitness nerd’s dream when it comes to detail.

Another feature found on the Inspire 2 is the sleep monitoring, tracking, and analysis. The Inspire 2 is light and comfortable enough that I was able to wear it to sleep, and it was able to track the exact time and duration of my sleep, the different stages of sleep duration, and it gives you a score of whether you achieved your ideal number of hours of sleep that night. I was also pleasantly surprised that even when I spontaneously took a mid-afternoon nap, it still detected and collected the data. This was because my initial impression was that I had to have it on sleep mode for it to detect any sleep activity. I can only imagine the amount of detail it would have provided if I had signed up for Fitbit Premium which offers more sleep cycle analysis and data. The Inspire 2 also features silent alarms you can set through the app when you want to wake up at a certain time of day. I tried it and it basically would just gently vibrate when your alarm goes off.

Furthermore, the Inspire 2 also has your typical smartwatch features such as call and text notifications, app notifications from socmed accounts like Instagram, Twitter or Facebook, as well as countdown and stopwatch timers. For those who like to meditate or just wish to relax during the day, the Inspire 2 also has a guided breathing sessions mode where you can choose between 2 or 5 minute breathing sessions, with the smartwatch gently vibrating and syncing to your heart beats and breathing. The Inspire 2 is also very economical in terms of battery, with a full charge able to last up to 10 days, on the average.

If you want the full Fitbit experience, you will have to sign up for the Fitbit Premium, which offers a vast number of guided exercise programs and classes, meditation and mindfulness sessions, yoga sessions, HIIT, you name it. Like I said, as the original fitness tracker, the Fitbit Inspire 2’s experience offers you everything you could want for an active and fit lifestyle with the convenience and features of a smartwatch.

Coming in at PHP6,290 and given the current pandemic, I’d say you get what you pay for in a smartwatch and fitness tracker. It does what you’d expect and ups the ante in terms of detail, and it looks stylish to boot.  (There are color options for an all-black, lunar white, or desert rose).

The Bank of the Philippine Islands (BPI) scored back-to-back awards during the 2021 Global Finance Awards. The award-giving body named BPI as...
Read more