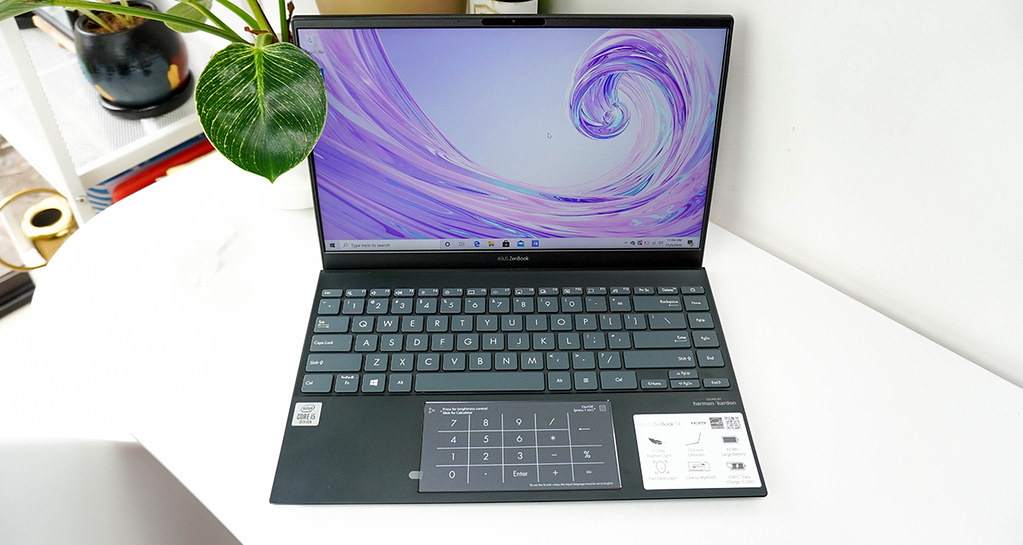 ASUS Philippines has just launched two new exciting laptops that are powered by the latest 11th Gen Intel Processor, making them the first consumer PC brand in the nation to do so. Coinciding with their 11th year anniversary in the country, Asus has released the ZenBook 13 and the VivoBook S14. Among the two, I was able to get my hands on the ZenBook 13, priced at P54,995. As the world’s thinnest 13-inch laptop with full I/O ports, the ZenBook 13 boasts both power and a premium design, perfectly built for all young professionals.

The ZenBook 13’s greatest feature is its latest 11th Gen Intel Core i5-1135G7 Processor conducive to multitasking, productivity and entertainment. I was able to keep several apps and windows open and running without having to experience lag or signs of slowing down, which is always a good sign for a device where such delay is expected. Paired with the aforementioned processor is the Intel Iris X Graphics card for good all-around performance, high quality visuals and a transformational GPU for a richer gaming experience and greater speeds for designers and creators. This dyad allows the ZenBook 13 to not only perform at a high level and at a high rate, but allows the user to be efficient and productive while doing so.

At a 67Wh battery capacity and roughly 15 hours of battery life, the ZenBook 13 has a decent enough battery to last both long hours and power-consuming activities, something that a laptop of this caliber is made to experience. When multitasking, the battery isn’t consumed at an alarming rate and thanks to its USB-C ports powered by Thunderbolt 4, the ZenBook 13 recharges fairly quickly as well.

The ZenBook 13 also has an integrated infrared (IR) camera which conveniently only took a handful of seconds to completely scan my face until it was up and running. When logging into the laptop, the IR was mostly quick and reliable and immediately recognized my face, and there were only a few times where it took slightly longer to do so. When logging in when in a rather dim setting, the IR was able to impressively still recognize my face more often than not, albeit taking a bit more time in doing do.

At first glance, the ZenBook 13 gives off both a sleek and subtle look with its pine grey-colored, all-metal design. Weighing 1.11kg and being 13.9mm thin, the ZenBook 13 is conveniently sized whether on-the-go or simply working on your desk. Despite its light weight, the ZenBook remains sturdy, especially having passed the MIL-STD-810G US Military standard for durability.

As the first world’s thinnest 13-inch laptop with full I/O ports, the ZenBook 13 has 2 USB-C ports and an HDMI port on the left side, and a USB-A and micro-SD reader on the opposite side. Its 2 USB-C ports are Thunderbolt 4-powered to support faster charging, 4k UHD external displays and up to 40GB/s data transferring. All in all the different kinds of ports that the ZenBook possesses definitely allows versatility, although I would personally prefer to have more than 1 USB-A port available.

One of the features I found most impressive and fascinating is the ASUS NumberPad 2.0, a dual-function touchpad with integrated LED-illuminated numeric keypad. Aside from having a touchpad that doubles as a numeric keypad, I appreciated how easy to use and responsive it was. By simply touching the top-right portion of the pad, the NumberPad 2.0 immediately opens, while sliding your finger on the top-left portion automatically opens the calculator app. Whether filling out data on a spreadsheet, doing multiple calculations or simply typing down a heavy amount of numbers, I can only imagine the wonders the NumberPad 2.0 would do for those number-crunching professionals, especially given how convenient, responsive and easy to use it is.

The Zenbook’s keyboard features an edge-to-edge ergonomic design that has a simple layout. It also has a full-size backlight with 1.4mm key travels for added comfort and functionality. As someone who is most adept to MacBook keyboards, it took a while for me to get accustomed to the ZenBook 13, as I feel that its keyboard is centered a bit more toward the left side. After some time, however, I was able to get used to the keyboard and didn’t experience any more issues.

In terms of its display, the ZenBook 13 features a four-sided NanoEdge display with an 88% screen-to-body ratio. Its 1920 x 1080 FHD resolution and up to 300nits brightness allows for good display quality. The only hiccup for me is that for a device designed for multitasking, I found the screen a tad bit too small especially when trying to utilize the split-screen feature when opening more than one app. I usually have 2 windows open side-by-side, except with this display I found it a bit cramped and compact when doing so. Other than the limited size of the screen, the ZenBook 13’s display is of good quality overall.