Review: Apple’s M1 MacBook Air — The laptop upgrade we’ve all been waiting for 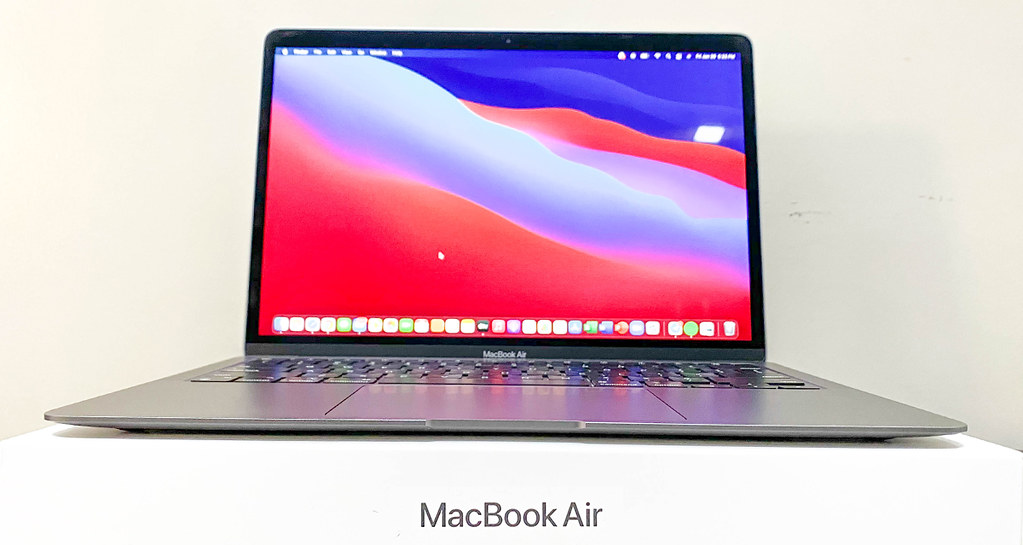 Due to subpar performance that comes at a luxurious price, there has always been an argument over whether or not Apple’s laptops are worth your money. Over their last few releases, it always seemed like consumers were getting almost the same thing for a more expensive price. For instance, you could probably opt to buy a Windows laptop for a cheaper cost, but for a much more powerful performance. Ultimately, it feels like one is merely paying for the brand and aesthetics – nothing more. However, with Apple’s new inhouse M1 processors, there have been some truly groundbreaking changes that put them back up in the laptop tier list. Today, we’ll learn about these as we specifically talk about the M1 MacBook Air 13″ running on 8GB unified RAM and 256GB of SSD – the cheapest and most affordable variant you can get.

This is probably the only exception to my claim of “groundbreaking” changes as Apple has decided to maintain its sleek and compact design that basically resembles the same MacBook Air we’ve known the past few years. If you’re hoping for a revolutionary upgrade in design, this might let you down as the only differences externally are a trio of function keys that were swapped for Spotlight Search, Dictation, and Do Not Disturb buttons. With this being said, the Touch Bar has been indeed removed from these laptops. Whether or not that’s good or bad news will depend entirely on your own preference. Regardless, it still boasts a 2560 x 1600 display resolution, 400 nits of brightness with TrueTone technology to go along with it, the classic wedge-shaped design, Apple’s backlit scissor-switch keyboard, a massive trackpad, and a Touch ID fingerprint key – all of which come in handy for everyday use. Internally, the fans were completely removed and the MacBook Air is now completely reliant on an aluminum heat spreader, which has been nothing short of a pleasant surprise. As for the ports however, it only has two Thunderbolt/USB 4 ports, and one audio jack port, which leave a lot to be desired. Unfortunately, another thing that they can probably be improved upon is the same 720p built-in webcam that’s always been questionable given how expensive these things are. The new M1 processors give it a little boost in terms of video quality, but it’s still not 1080p.

With an 8-Core CPU/7-Core GPU on the M1 processors, everyday tasks feel…well, like how everyday tasks should feel – fast, easy, and efficient. Boot up your laptop by opening the lid, place your finger on the scanner, and get to work with almost no booting time. Multitasking is done with ease as you can open up several tabs on your Chrome or Safari while simultaneously starting multiple applications because these new processors can definitely handle the strain. Not only won’t you feel even the slightest of lags, but the boot time on them is just as impressive. As a little icing on the cake, if you’re into editing videos, the good news is that the M1 MacBook Air can edit and render your 4k resolution videos with no problems. However, I suggest you opt to upgrade to 16GB of RAM and 512GB of SSD if you’re doing these things professionally. This way, you get even more multitasking power and a huge storage space for your projects.

Given that most applications are used to running on Intel processors, you might be wondering how these laptops fare when it comes to compatibility with different applications. I’ll be the first one to tell you that this won’t be a problem for most of you as they run just fine. Most compatibility issues are resolved through Rosetta 2, a dynamic binary translator software developed by Apple itself. It allows you to run existing software applications that are built for the Intel processors. Additionally, most known applications are already optimizing their products for the M1 chips so there’s really nothing to worry about. In fact, I’ve been personally using Microsoft Office on it without any issues and they actually run as smoothly as you can imagine.

As I’ve already mentioned above, there are ZERO fans in this laptop. I don’t blame you if you are a little bit pessimistic about the thermals, the same way I was prior to purchasing this laptop. Well, I’m here now to tell you that this has been the coolest and the most silent laptop I’ve ever owned. Remember the time when watching a movie while placing the laptop on top of your lap or pillow will bring you warmth? Those days are gone. Watching a movie on Netflix while multitasking won’t even get you close to feeling some signs of warmth from the M1 MacBook Air. With this being said, the thermals should be the least of your problems for everyday tasks. It is worth nothing though that heavy usage when rendering videos will get it a little warm and will even throttle, but that’s just how it was designed – you lose a little bit of performance to maintain good temperatures. But aside from the minimal heat, I have no qualms – I also don’t need to worry about noise and dusts due to it being fan-less.

Officially, the M1 MacBook Air has a 4k/60fps video playback time of around 16 hours on full screen. If we’re talking about daily idle use, then just to put that into perspective, I’ve had my laptop for 4 days now and I’ve only charged it twice. I’ve mainly been using it for internet browsing, Netflix binging, and of course, regular office work that involve using Microsoft Office. If you’re planning to use it the whole day for work, then it will undoubtedly get you through the whole day without having to charge it until before you go to sleep. Out of the all things I’ve talked about so far, this is actually what impressed me the most. Just imagine not having to bring your charger with you all the time and still being able to get through one full day of work. For its size and power, the battery life of this laptop is truly amazing.

From the raw performance to the battery life, the M1 MacBook Air has been nothing short of amazing. There’s still some room of improvement in terms of the design and the built-in webcam, but for its price and specifications, you can’t really complain a lot. If you’re looking for a sleek and compact laptop that will help you finish your everyday tasks efficiently, handle your heavy video editing/rendering, and allow you to leave your charger at home, then I don’t see any reason why you should look elsewhere. Until the competition catches up, this is I believe, the Apple laptop upgrade we’ve all been waiting for – one that’s actually worth your money.

Patrick Yao
A former athlete and civil servant, you'd never guess Patrick's passion for gaming and technology! He usually spends his free time trying out different games and doing research on the latest tech while sharing his experience on his streaming and tech channel! Oh yeah, he also loves working out! Gotta keep both the mind and body fit!