Home Tech Reviews Redmi 9: Is it worth more than its P6,990 price?
TechReviews 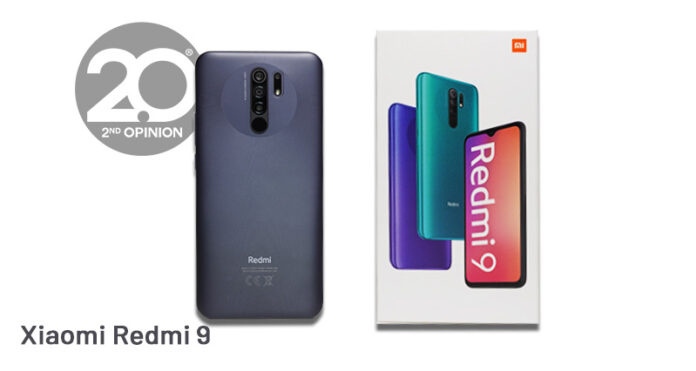 Xiaomi’s new Redmi 9 features a quad rear camera, a 6.53” inch display and a 5,020mAh battery—all for as low as PHP6,990. The Redmi 9 is a successor of the Redmi 8 released last year, and it’s now one of the most affordable phones with all its features.

Should this budget phone be your next buy? Find out in our review!

The Redmi 9 comes in three different gradient colors— Ocean Green, Sunset Purple, and the one we have on hand, Carbon Grey. It’s matte plastic with a ripple texture which gives it a nice touch and prevents fingerprint marks. It also pretty thin and has a slightly protruding side which makes it easier to grip.

On the right it has the volume rocker and power button which worked fine. While on the left, it has the card tray for two nano-SIM cards and microSD. On the bottom, it has the headphone jack, main microphone, type-C port, and speaker. It has an IR blaster and secondary noise-cancelling microphone.

The speaker can use some improvement; it sounds a bit muffled and lacks bass, but at least it was loud enough. We were able to use the IR blaster with the pre-installed Mi Remote and it worked fine although it may have a delay.

The fingerprint scanner unlocks the phone quickly; my only issue with it is sometimes I tend to mistakenly tap my finger on the camera lens above it.

The front panel features a 6.53” IPS display with a 2340 x 1080 resolution and Corning Gorilla Glass 3 protection. It also has eye protection when you activate the Reading Mode 2.0 to prevent eye strain.

The dot drop display houses the 8MP front camera. The photos could be better—they lacked contrast and saturation and can also sometimes be inconsistent separating the subject from the background; but the brightness was great even in unfavorable lighting.

On the back it has a unique and quite interesting setup. It has two modules; the main one contains the 8MP ultra wide lens, 13MP wide, 2MP depth and the fingerprint scanner on the bottom; while the 5MP macro lens is found above the flash on the right module.

The photos appeared lighter and brighter than the actual colors of the subject.

For the portrait, it was pretty smooth, separating the subject from the background but lacked a bit of color and saturation.

For the macro lens, the photos captured every detail in favorable lighting.

It also has a short video mode that shoots up to 15 seconds, perfect for your Instagram stories with different filters and kaleidoscope effect. It also has a slow motion video that automatically zooms and was a bit grainy and dark.

Under the hood of the Redmi 9, it has a MediaTek Helio G80 octacore processor with a Mali-G52 GPU with 3GB or 4GB of RAM and 32GB or 64GB storage. We didn’t have any heating issues playing for consecutive hours but we experienced multiple frame drops playing our benchmark Asphalt 9.

I wouldn’t say it’s a good budget phone for gamers in terms of its performance with all of its frame drops. But as a phone to use for daily usage such as web browsing, watching videos, and spending hours on social media, it’s pretty decent.

It runs on MI UI 11 on top of Android 10 with all these pre-installed apps:

With all these features such as the 13MP quad camera, 5,020mAh battery, and it’s 6.53- inch display, with an attractive price worth P6,990 or P7,490 it’s actually priced really well. It gives a decent experience with its respectable processor and a reliable battery performance. It’s fun and easy to use and it can help with our stay at home situation.

How will you remember 2020? Five or ten years from now, most would remember it as the toughest year...
Read more
News

The holiday season is finally upon us after what seems to be a never-ending year because of the ongoing battle with COVID-19....
Read more
Features

How you wish this daunting year was over already so you could move on to a 'now normal' life. If only there...
Read more

Geely Philippines is closing out the year on a high note as it welcomed Q4 with a great number of Geely Coolray...
Read more