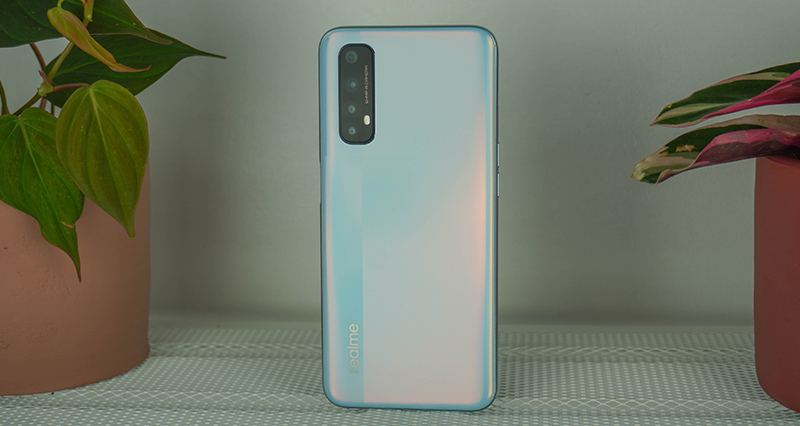 Nowadays, having to stay home and indoors for an extended period of time has led to more and more activities having to be done online with our devices. Consequently, there has been an increase in the demand for smartphones in terms of its overall quality, greater power, larger battery capacity, clearer cameras and faster charging speeds. In response to this, realme has just launched their latest lineup of smartphones: the realme 7 series. Included in this lineup are two high-tier smartphones, namely the realme 7 and realme 7 Pro, perfectly suited for every Filipino’s tech needs. Be it for gaming, entertainment, work, education, business and many more, the realme 7 series is the midrange champ for various different activities.

Of the two smartphones in the lineup, I was able to get my hands on the realme 7 and test out firsthand what this device really has to offer. What immediately stands out with this phone is its MediaTek Helio G95 processor which engines this phone and is what ultimately allows it be as versatile and high-powered as it is. In fact, the realme 7 is the first smartphone in the entire world to possess a processor of such power and capacity, making it one of the most powerful smartphones in gaming and entertainment at its price point. This strong point of the phone was very evident when playing different types of online games, specifically ones that are fast-paced and highly-visual such as Call of Duty, Mobile Legends, PUBG and the like. A processor of this capacity can also be enjoyed when doing other activities such as marathoning your favorite series on Netflix, watching YouTube, multitasking for school and/or work, or simply browsing through the web.

Given the power and capacity that the aforementioned processor possesses, you can only imagine that it would consume a relatively larger amount of energy. Thankfully, the realme 7 is equipped with a battery that is likewise of great capacity. At 5000mAh, I was able to enjoy using the device without having to worry about low battery percentage, despite often using features of considerable battery consumption for lengthy periods of time. Moreover, with a 30W Dart Charge, the realme 7 delightfully charges quickly even with its large capacity. Impressively, the smartphone can last more than a month of standby period and charge up to 50% in less than 30 minutes. A battery of such capacity is substantially complimentary to a processor of such capacity as well.

Similar to its battery, the realme 7 also has excellent display that compliments its high-powered processor for a fully-immersive gaming and entertainment experience. With a 6.5-inch FHD+ and 9.5Hz ultra-smooth display, several activities done on the realme 7 are even further enhanced and amplified, making these features all the more exciting and enjoyable.

Another strongpoint of the realme 7 is its 2nd Gen 64MP Sony IMX682 quad-camera and 16MP in-display selfie camera. Not only do these cameras allow you to have clearer and more vibrant images, but they also offer different exciting features as well with its 119º ultra wide-angle lens, B&W stylish portrait lens and 4cm macro lens. The feature I particularly enjoyed the most was its enhanced Starry Mode, which allows you to take breathtaking pictures of clear skies, mesmerizing stars and all else that Mother Nature has to offer. As someone who likes appreciating and admiring different sceneries and landscapes I come across, the realme 7’s Starry Mode allows me to not only capture these moments, but to capture great images as well.

If its first-in-the-world processor is not enough to impress, the realme 7 is also the very first smartphone to pass the TUV Rheinland Smartphone Reliability Verification, which impressively includes 22 major and 38 minor tests that cover numerous usage scenarios. This accomplishment is only a testament to how realme has not only responded to every Filipino’s tech needs, but to how they continually improve the overall quality of their smartphones.

All in all, the realme 7’s MediaTek Helio G95 processor alone is what is most impressive about this smartphone. However, it being complimented by a battery of such capacity and a screen of great display is what truly sets it apart. Add to that the great camera that it possesses, along with the various exciting features it has to offer, the realme 7 not only is a phone that meets our tech needs, but a smartphone that brings joy and excitement to the many activities done through this device.

6 and 12 month installments of 0% interest are also available via major credit cards in participating stores nationwide.

Previous article5 reasons to upgrade to a smart home to improve quality of life
Next articleGet Lysol Disinfectant Spray and Multi Action Cleaners at up to 20% Off Plus Additional 20% Off Vouchers in Shopee’s 10.10 Sale!