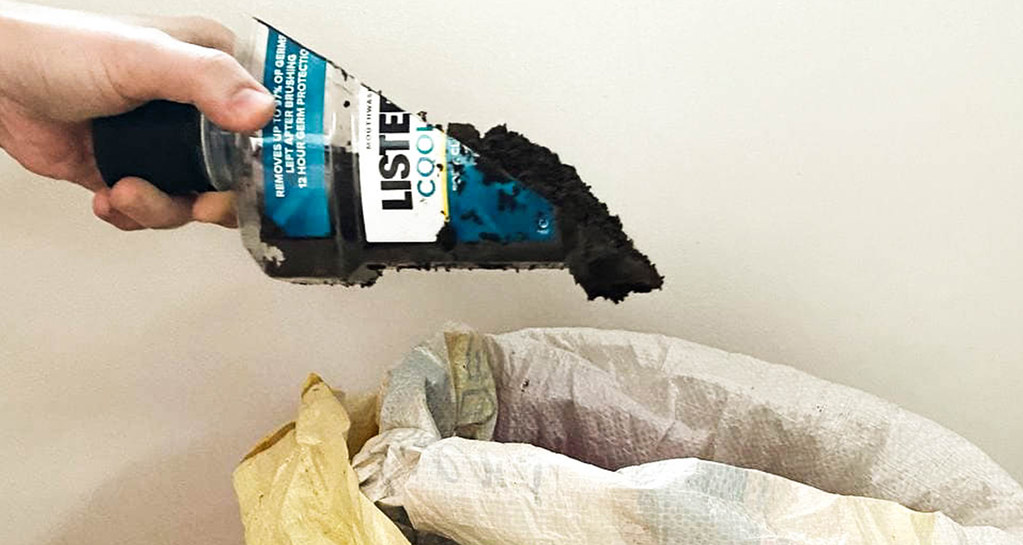 Nothing is a waste until we waste it. With months of being at home quarantined with all the time in the world, most of us have channeled their inner Marie Kondo and has one way or another, decluttered. There’s the common saying that “one man’s trash is another man’s treasure.” By that same spirit, recycling also helps turn your “trash” into treasure.

Not only have people become their own Marie Kondo, they also themselves have become or know someone who has become a plantito/plantita or recently pledged “green thumb”. Not only for the aesthetics, planting is a therapeutic way to relax and unwind given everything that’s been going on.

Why not be the best of both worlds then: be a Marie Kondo follower and a plantito/plantita. Hit two birds with one stone by using recycled items in your garden. There’s no greater feeling than doing something to help our environment while also doing something that helps you declutter your household. Mother Nature will definitely return the favor in making sure your plants will be healthy as ever.

Eggs trays have definitely piled up after our fair share of baking and cooking done during this quarantine. This certainly takes up a lot of space in the trash. With how the trays are formed, the tiny compartments that hold the eggs securely make for a great seedling nursery. When the seedlings are ready to be potted, you can even include the egg tray itself (only if you’re using a paper egg tray since it is compostable).

Mouthwashes have been keeping our breath game on point. It’d be a waste not to repurpose those empty plastic bottles. There are so many ways to recycle bottles, but you can recycle yours into your very own mini shovel. Use the end with the bottle opening and just cut the body of the bottle diagonally. Don’t throw away the other half because you can even use it as a pot as well.

Maybe you bought new shelves online to match the aesthetics of your room, or you simply have too many shelves or old ones lying around. Use your old shelves to build your own ‘mini level garden’. This is an ingenious way to make space when you don’t have the luxury of one in your home. This is most suitable for vegetables or herbs since they’ll be harvested in due time.

Electric fans do last for a long time. But when it has used up all of its life, don’t just toss it away. Use it as a statement piece in your garden. Make use of its blade guards (the outer part that protects us from the blades) as a decorative pot. Its structure is perfect because it allows excess water to drip out of the soil.

With technology improving, CDs might cease to exist sooner rather than later. However, these are still definitely lying around in our homes. At times, it’s rather hard letting them go because of the memories they bring. That’s why you won’t have to. Use these CDs to scare off fruit-eating birds from your fruit trees. You won’t have to worry about birds reaping the fruits of your hard work because they are frightened by the reflection of the CD.

What’s not to love about a recycle-themed garden? These are just some of the ways that you can recycle your household items and make use of them in your garden. Just like us humans, our things deserve a second chance (the more chances, the better for the environment). Make gardening therapeutic for you and for Mother Nature.

Hannah Calejesan
Passionate about anything under the sun, Hannah never runs out of anything to talk about to anyone and everyone. Food keeps her up all day and people keep her going.

When driving, it is important for drivers and car owners to know the traffic rules and adhere to them.
Read more
Life Hacks

Mi Watch: Empower an active life with styles and features to love

Protect yourself easily from these banking scams

Scammers are trying many different methods to steal personal information and money The rise of digital banking solutions, such...
Read more
Life Hacks

In times of uncertainty, it’s normal to feel anxious. “One of the things that worries us the most during...
Read more