Oris’ new high-calibre watch that will last you days 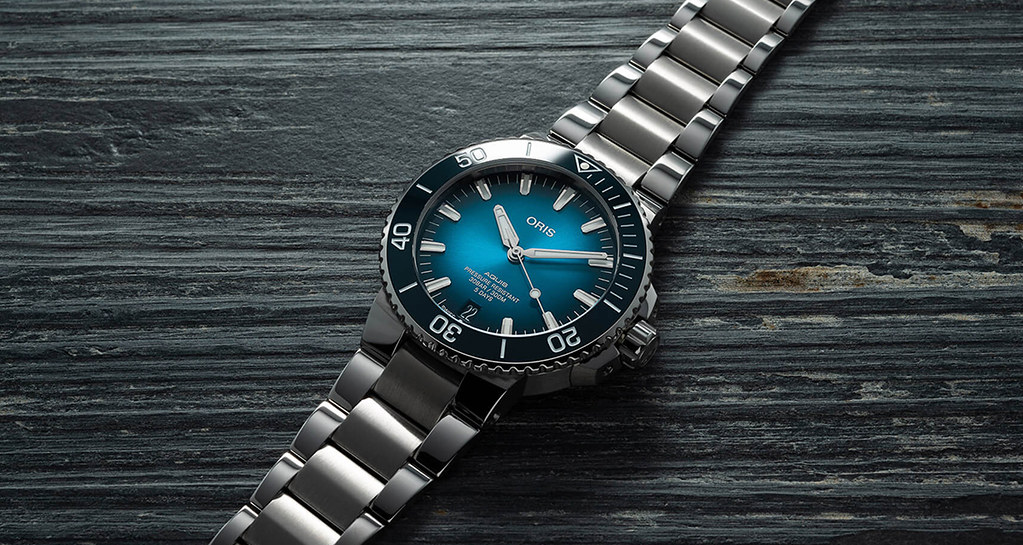 Oris has just come out with their latest Aquis Date Calibre 400, a classic diver’s watch which houses their new in-house automatic calibre movement (hence, its name). Oris describes their new movement as “highly accurate, highly anti-magnetic, [and] ‘highly reliable” and it comes with all the guarantees to back it up. This ‘new standard’ Oris have set includes both a 10-year warranty to match its recommended service interval and a massive five-day power reserve to keep your wrist ticking daily. This power reserve ensures that even if you put the watch down for a day or two, it will still run properly without the need to “re-wind” it. This is all made possible through twin-barrel technology that utilizes an extended mainspring, with each barrel capable of storing two-and-a-half days of individual power.

Technically, the Oris Aquis Date Calibre 400 has a 43.50mm stainless steel case and comes with two options for straps: a classic metal bracelet and a sleek ‘Oris’ branded black rubber strap. Other than that, both watches are identical and feature a beautiful color-shifting blue face, starting at a lighter blue in its center and slowly dispersing into darker hues as it reaches the contrasting silver indices. Because it is a diver’s watch at heart, it is capable of 300m of water resistance. As mentioned earlier, the key highlight of this timepiece is its Calibre 400 movement, which contains 30 anti-magnetic components and surpasses the ISO 764 enhanced anti-magnetic standard. In addition, it contains a sturdier rotor system than those typically found in automatic watches. Instead of a ‘ball-bearing’ system, it utilizes an innovative ‘low-friction slide bearing’ system which makes it less susceptible to damage and breakage over time.

Carlo Peña
From sunny L.A. Diehard supporter of Liverpool Football Club and Lakers basketball. Other interests include street photography, streetwear, street tacos and clean energy tech (which also, happens to be on the street...)