Home Automotive Local motorsports heats up with the return of the Toyota Gazoo Racing...
AutomotiveFeatures 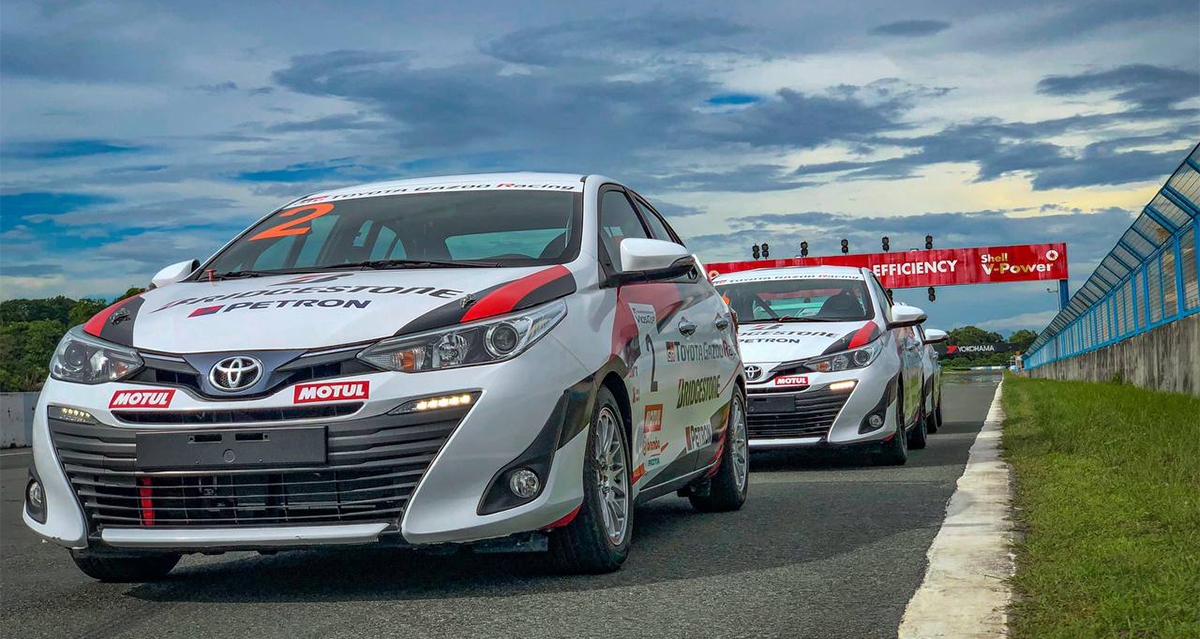 Covering motorsports is one of the highlights of being a motoring journalist—at least if you’re into racing. But in this beat, who isn’t? Still there’s one other assignment that trumps covering a racing event. And that is having the opportunity to actually join a motorsports event—and then write about it.

Since the pandemic struck, it’s been one sad and boring month after month without any racing event, here or abroad. Thankfully, Toyota Motor Philippines (TMP) is rekindling the fire with the return of its heretofore-annual Vios Cup. The much-awaited premier motorsports program, now called the Toyota Gazoo Racing Vios Cup, is literally back on track. This year’s Vios Cup—Season 6—had 24 autocross racers and 24 circuit racers across three classes competing at the Clark International Speedway in Pampanga last July 9 and 10.

True to an industry leader, safety has been the No.1priority for Toyota since the first season and this year is stricter still because of the ongoing pandemic. Two days before the race, TMP organized an antigen swab test for all attendees for the race weekend. Race marshals, TMP staff, Tuason Racing School (TRS) staff, racers, corporate sponsors, and everyone else attending the event were all swabbed before being cleared to participate. TMP prioritized safety even during the event as they hired a third party, Ambucare, to help sanitize the facilities and cars being used in the event. Ambucare’s staff maderounds throughout the event to disinfect attendees’hands and replace facemasks every four hours. Since physical attendance by the public was not allowed to ensure adequate physical distancing, TMP livestreamed the race to the online community so fans can still virtually support their favorite celebrities and racers from the safety and comfort of their homes.

Friday was practice day for both circuit and autocross racers. Each class for the autocross had a chance to do a practice run and get a feel of the autocross track twice—once in the morning and again in the afternoon. Each practice session had our practice runs timed so the racers would be able to gauge if there are improvements in their respective times. Prior to the practice runs, there was another briefing to orient the first timers who will race this first leg of the GR Vios Cup

A total of 24 drivers in Promotional, Sporting, and Super Sporting Class competed in the Circuit Championship. Maila Alivia and Jiro Garbes ended the race weekend with 2 out of 3 races on the podium for the Promotional Class while celebrity racers turned Promotional Class contenders Troy Montero and Fabio Ide had one podium finish each as well. Familiar names dominate the Sporting Class, with Inigo Anton and Julian Tang as consistent top 3 finishers, and Joaquin Garrido being displaced by Jacob Ang in the top 3 by the 3rd race of the weekend. For the Super Sporting Class, Gerard Loy was the consistent podium placer, meanwhile Estefano Rivera and Red Diwa finished at the top 3 in the first 2 races with Bryan Co and Marc Soong taking their place by the 3rd race.