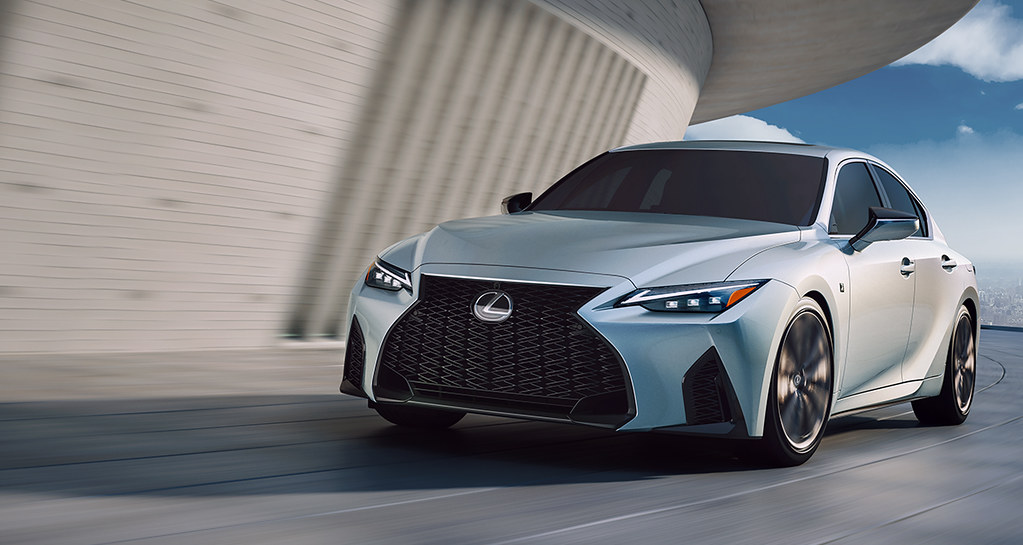 For several decades now, car companies would fly to Germany to test their pre-production models at the legendary Nurgburgring racetrack. The demanding (and dangerous) corners, the breathtaking elevation changes, and the sheer length—a whopping 20.6 kilometers—of The ‘Ring will reveal even the smallest flaw in a car’s dynamic’s performance.

But flying dozens of vehicles and a hundred testing staff halfway around the globe to test and develop every new model is a huge logistical challenge—even if you’re Toyota. So you do what Toyota (and Lexus) would do. Build your own Nurburgring.

Needless to say, Toyota and Lexus are no strangers to the celebrated German racetrack, having developed a number of their iconic models on that hallowed road course and have even raced there.

And now, the Japanese giant have created a test track that simulates the best—and the worst—of the Nurburgring. It’s a road course that duplicates every possible kind of on-road scenario in the world. One that has every type of corner radius, every conceivable bank angle, and every kind of elevation change that you can possibly encounter behind a steering wheel. A road where vertical changes are so severe and abrupt that finding the proper suspension damping setting is critical. In a place like this, the stability, handling, and braking of a car is put to the test. And this is just one of 11(!) test tracks that are part of Toyota’s spanking new Shimoyama Technical Center in Aichi Prefecture, southeast of Nagoya.

Toyota/Lexus’s own homegrown Nurbugring takes advantage of local topography and features elevation changes of as much as 75 meters—as well as a wide range of varying curves and corners. The first four-wheeled alumnus of the Shimoyama Test Track is the razor-sharp new Lexus IS. And it has graduated with flying honors—which is as expected, as the compact rear-wheel drive IS, over a million of which have been sold, has always been the “driver’s car” of the Lexus sedan lineup. Lexus has boldly stated that the new IS will set the bar in dynamic handling for all future Lexus models.

“With the aim of making ever-better cars, we have continued to make various efforts in “feeling the road” and “conversing with cars” through driving tests around the world, including our Five Continent Drive Project and the Nürburgring 24 Hours endurance race,” said Lexus Master Driver Akio Toyoda. “Based on such experiences, we have replicated a variety of roads in the world at the new test course. In addition to conducting driving tests all over the world, and with the replication of severe driving conditions at the new test course, we intend to thoroughly hone every one of our models and develop the types of cars that epitomize the true joy of driving.”

Utilizing the demanding road course, every performance aspect of the IS was finely tuned, from the engine, transmission, chassis, suspension, and safety systems. The performance-oriented flagship Lexus IS 350 F Sport has a 312hp, 380Nm naturally aspirated 3.5-liter V6 mated to an 8-speed automatic—good for a 6-second 0-100 km/h run and a claimed 10.5 km/l fuel economy rating. The new IS 350 F Sport has a retail price of P3,808,000.

The more fuel-efficiency-oriented IS 300h, meanwhile, is powered by a 220hp 2.5-liter inline four-cylinder hybrid power plant coupled to a Lexus E-CVT intelligent transmission. It accelerates from 0 to 100 km/h in 8.7 seconds and is said to achieve a phenomenal 19.2 km/l fuel economy. It’s priced at P3,328,000.

The wickedest-looking IS (and Lexus sedan) yet

Style-wise, the latest IS is the sportiest yet—30mm wider than its predecessor and with a sleek silhouette and that wide and low Lexus stance that strongly recalls that of Lexus’s sensational RC and LC coupes. Every angle of the new IS oozes with power and performance, from the hyper-aggressive rendition of Lexus’s mesh-type spindle grille and sharply sculpted headlamps to the distinctive character lines that sweep down and forward from the rear doors to the continuous strip of red LED lighting (that tapers to mere millimeters in the center), prominent diffuser, and large dual tailpipes at the rear.

The new IS F Sport is fitted with staggered 19-inch multispoke wheels in a dark premium metallic finish that pays homage to the RC and LC models. Keeping in contact with the road underneath are 235/40R19 tires for the front and 265/35R19 for the rear. The IS 300h hybrid model also comes with 19-inch wheels with a multispoke design and an elegant shiny silver metallic finish. Both front and rear tires are sized 235/40R19.

The new IS is available in eight colors, including two newly developed Chromatic colors. The special new colors like Sonic Iridium radiates contrasting shadows to accentuate the shape of the vehicle. Sonic Chrome exhibits an elegant, dark gray tone with a high-gloss finish. For F-Sport, these are White Nova, Radiant Red Contrast Layering, and Heat Blue Contrast Layering while for the Hybrid Premier, these are Sonic Quartz and Red Mica Crystal Shine.

The human-centric cabin is another highlight of the new IS. The horizontal instrument panel design and driver-focused dashboard invite you to come in. A shift knob and steering wheel trimmed in hand-selected leather with perforation urge you to drive. Daring details like accent stitching along the dash and larger, circular air vents are reminiscent of jet turbines and are an homage to the first-generation IS. The new touchscreen infotainment system has been enlarged and moved forward for easier operability and minimize driver distraction.

The interior of the new IS 300h Premier is available in three stunning color schemes: Black, Dark Rose and Ochre with complementing stitch patterns & accent trims. The IS 350 F Sport has special colors, too. It can be had in F Sport White, F Sport Black, and F Sport Flare Red. On both variants the center console panel is finished in Piano Black along with touch-sensitive temperature controls that can be easily adjusted by gliding your finger over it.

Sculpted front seats are 8-way power-adjustable with lumbar support and seat ventilation. Audiophiles who enjoy piling on the kilometers will also be pleased to know that the IS is equipped with an immersive 10-speaker surround sound system. The F Sport model comes with a 10.3-inch Electro Multi Vision touch screen. The IS 300h model comes with an 8-inch touchscreen display. Both variants are Apple CarPlay and Android Auto-ready.

The new IS also comes with the LSS+2—a suite of the latest Active Safety features—such as Dynamic Radar Cruise Control, Lane Tracing Assist, and Automatic High Beam. The F Sport model comes equipped with the upgraded Pre-Collision system which detects oncoming vehicles and pedestrians, even when turning left or right at intersections.

When the Shimoyama Test Track becomes fully operational in 2023, it will employ 3,000 personnel. However, even during the recent development of the new IS model, 50 test drivers have already made the technical center their second home. And while the test drivers must have marveled at the new facility, their best moments must have been spent behind the wheel of the new Lexus IS. It’s a tough job, but…

People looking into expanding their home business and learning setup with new materials are in for a treat as HP Philippines offers...
Read more
News

PHOTO: Shown in photo during the turn-over of PLDT Home WiFi Prepaid units to the Department of Education are, from left, DepEd Undersecretary Tonisito...
Read more
Automotive

On January 6, 2020, just after announcing the Woven City project at CES in Las Vegas, Akio had the following talk with Toyota Times...
Read more
Lifestyle

Enjoy up to 90% off on face masks, palettes, and moisturizers this February 28 We all love our...
Read more
Load more

Previous articlePutting flexibility and mobility into the mix: How motorcycles can help budding entrepreneurs
Next articleFort Magsaysay taps PLDT to enable military personnel

On January 6, 2020, just after announcing the Woven City project at CES in Las Vegas, Akio had the following talk with Toyota Times...
Read more
Automotive

Bringing the Filipino Riders' Pride to the Next Level As motorcycles become more and more essential in solving...
Read more
Automotive

One of the country’s leading technology-based delivery service company, J&T Express moves ever closer to its goals through its continued partnership with...
Read more

People looking into expanding their home business and learning setup with new materials are in for a treat as HP Philippines offers...
Read more

PHOTO: Shown in photo during the turn-over of PLDT Home WiFi Prepaid units to the Department of Education are, from left, DepEd Undersecretary Tonisito...
Read more