Home Automotive Intimidate with style in the Changan CS75
AutomotiveNews

Intimidate with style in the Changan CS75 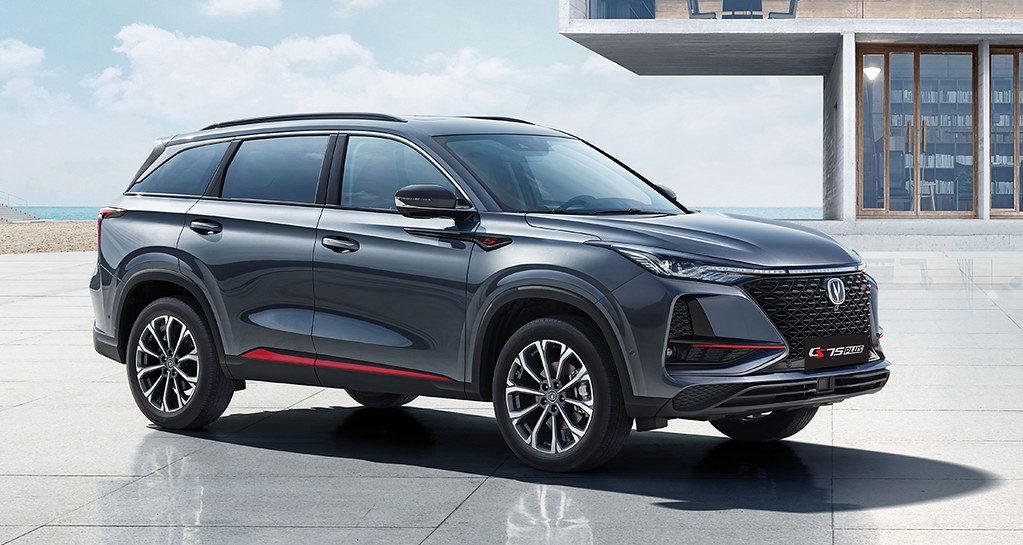 The crossover market may be highly saturated right now, but it just gives us more chances to have the car perfect for us. Changan Philippines is putting another option for you in the segment with this handsome CS75 Plus. It’s a 5-seater with a contemporary design, premium interior, at a price that’s very attainable for its segment.

Its facade is a blend of sleek lines and bulky curves as seen on the fenders, typical of crossovers of its size. Where it moves away is the implementation of red accents upfront and on the side cladding that gives the CS75 a hint of sportiness. Combined with the 18-inch two-tone alloy wheels, one will certainly be in awe of this crossover at first glance.

The back has a few key features as well. Most noticeable are the two fins on the spoiler that acts as the third brake light. It’s followed by a very modern all-LED taillamp, two faux vents that hide the exhausts, a rear camera, and 4 sensors at the bumper.

Size is also an asset for the CS75 with a wheelbase of 2,710mm which is longer than the wheelbases of the RAV-4 and CR-V, while its width spans 1,865mm, which trumps even that of the Fortuner and Montero.

Inside the CS75 is a luxurious cabin free of clutter. It’s plush with Nappa leather and “electroplated details” that certainly elevate the design of the interior. At the center of the dash is a 12-inch touchscreen that also displays the 360-camera system, while a 7-inch digital screen replaces the gauge cluster in front of the driver. Automatic climate control, PM0.1 grade air filter, push start button, and remote engine start round up the luxuries of the CS75 inside.

Under the hood is a 1.5L turbo engine (coupled to a 6-speed automatic) that puts out 176hp and 265Nm of torque. It’s also equipped with Eco, Normal, and Sport driving modes.

The Changan CS75 Plus comes in at an introductory price of P1,299,000. It’s a great steal for a crossover of this size and loaded with such features and luxuries. It comes with a 5-year or 150K kilometer warranty and free PMS for the first year or up to 20,000 kilometers.

“The events of the past year have caused many people, not least our clients, to re-evaluate their sense of, and relationship with...
Read more
Automotive

Kia has just added a brand-new compact crossover to their lineup: the extrovertly styled Stonic. Kia has a “5S Formula,” which refers...
Read more