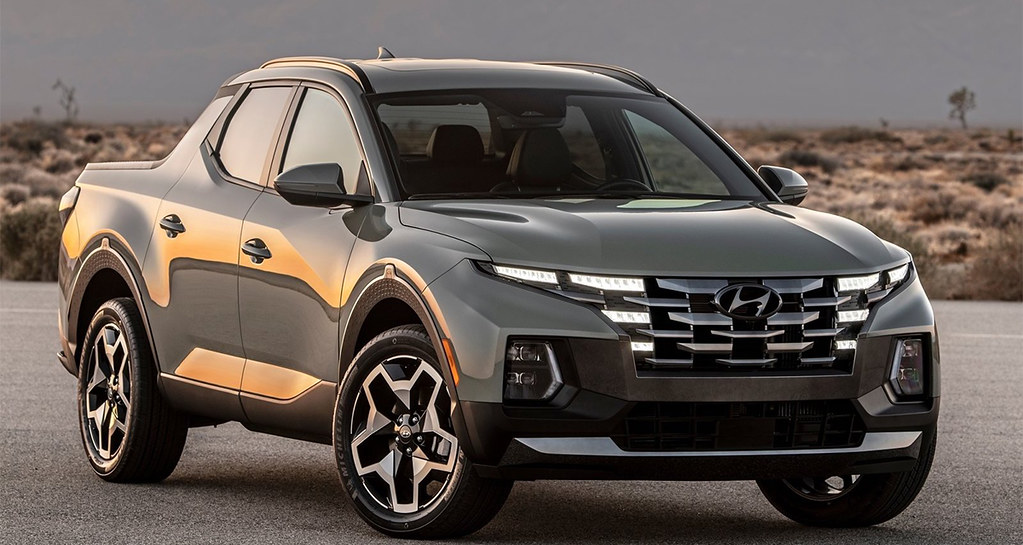 You may know Hyundai for its crossover and sedans that come with outstanding designs, like the Tucson, Santa Fe, or even the new-generation Elantra that has yet to reach the Philippine shores.

But in the middle of April, the Korean automaker has officially ventured into the truck segment with the all-new Hyundai Santa Cruz.

The Santa Cruz isn’t Hyundai’s first pickup truck, mind you. The Korean marque has been making trucks since the ‘70s in the form of its light commercial vehicle the Porter or locally known as the H-100. But the Santa Cruz is the first passenger truck from the brand, which it playfully calls a Sport Adventure Vehicle instead.

Based on the Tucson, the Santa Cruz adopts facial hints from the compact crossover. Primary of which is the lighting that’s embedded within the wide, intricately designed grille. It’s a futuristic design, something that internet users have been loving ever since the truck hit daylight.

And just like the Tucson, the Santa Cruz is built with a unibody construction – unlike the typical midsize trucks here that sit atop a ladder frame chassis.

Of course, opting out of the usual body-on-frame construction has its benefits in terms of ride comfort and driving dynamics, something that’s really off-putting even on the most comfortable pickup option in the market. If the Santa Cruz hits our shores, buying a truck wouldn’t have to be a compromise.

But of course, there’s some downside when it comes to the Santa Cruz’s off-roading capabilities. Then again, as many have noticed by now, most Filipinos aren’t buying pickup trucks for off-roading. Mall crawlers, as many would jest, these hulking machines often find themselves conquering pavement instead of rocks, sand, and riverbeds.

That’s the reason why there are more 4×2 pickup trucks sold than 4x4s. And in this regard, the Santa Cruz more than suffices, though we’re not saying that the all-new pickup isn’t capable of getting dirty sometimes; it’s all-wheel drive and has a reasonable ground clearance of 218mm (8.2 inches), so it’s no pushover and it even has a locking differential.

Another reason why Filipinos buy pickup trucks is for their commanding road presence. Tall, burly, and relatively wide, pickups provide an authoritative feeling for the driver.

But the Santa Cruz, despite its shorter overall length, is actually wider than your usual midsize truck. If road presence is what you’re looking for, it certainly carries one, and more.

More importantly, for those city-dwelling pickup truck buyers, the Santa Cruz is in the Goldilocks zone. I couldn’t count how many times I’ve seen a midsize truck parked in a mall parking lot with its bed sticking out like a sore thumb. Since the Santa Cruz is substantially shorter, that won’t be an issue, plus weaving through city traffic will be a cinch.

As for the powertrain, the Santa Cruz in the US gets two gasoline options – one naturally-aspirated, one turbocharged – both making healthy power output. But since the Santa Cruz is based on the Tucson, we won’t be surprised if it will be available with a diesel option for oil-burner-loving markets like the Philippines.

With that said, there’s a huge chance that Hyundai Philippines will bring in the Santa Cruz in the local market, considering the voice of the company’s social media posts recently. Then again, there’s one important factor that we should all watch out for when that happens, and that is its pricing.

Jacob Olivahttp://2ndopinion.ph
Jacob is a certified gearhead who has an insatiable adoration for wagons and pocket rockets. He has been writing about cars for Motor1.com, a leading global automotive news site, while also sharing his thoughts about the local auto industry in his column in the Philippine Star’s motoring section, Wheels.

Rolls-Royce has been associated with world speed records on both land and water for more than a century. But while the exploits...
Read more

The 296 GTB, the latest evolution of Maranello’s mid-rear-engined two-seater berlinetta, was premiered today during an online event broadcast on Ferrari’s social...
Read more