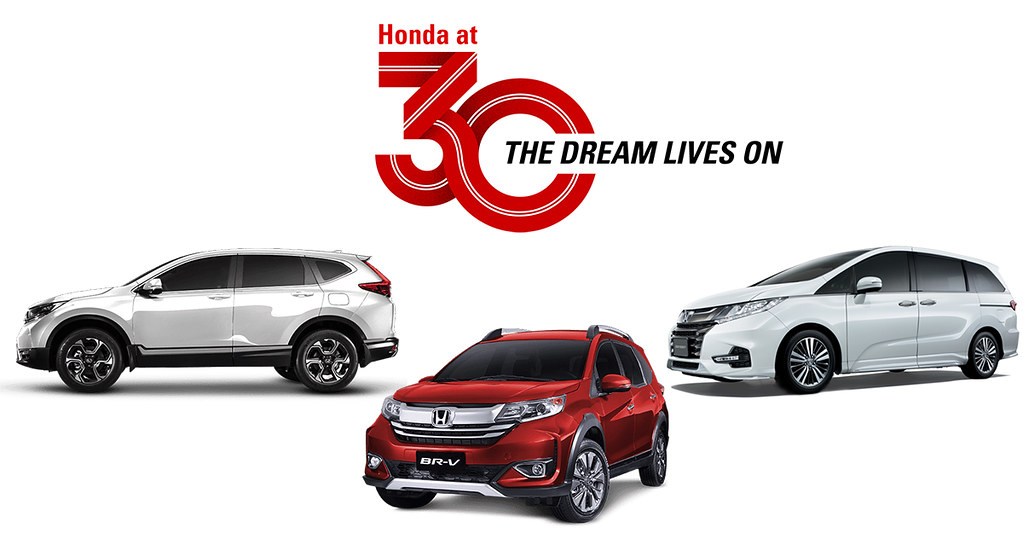 I still remember the very first Honda car model sold in the Philippines. The year was 1990 and the car was the semi-knocked-down (SKD) Civic hatchback with the 1.2-liter engine. It was soon followed by the sedan version of that model. Needless to say, both models sold like hotcakes.

It was soon followed by the even more successful EG-body Civic, which came with a 1.2-liter engine in the hatchback model and larger 1.5- and 1.6-liter motors in the sedan.

Honda followed that up with the Accord midsize sedan in 1994, which was easily the most sought-after executive sedan of its time. If memory serves right, the VTi variant of the Accord was the first Honda to offer VTEC technology, Honda’s pioneering variable valve timing system which every carmaker now uses.

As if consumer demand wasn’t strong enough, Honda then unleashed the EK-body Civic in 1996, which came in three flavors: mild 1.5 LXi with a SOHC 16-valve motor, hot 1.6 VTi also with a SOHC 16-valve engine, and in 1998, the uber-spicy hot 5-speed manual-only 1.6 SiR with the racy DOHC 16-valve VVTi engine with 160hp and a stunning 8,000-rpm redline. It also debuted a novel Passion Orange color that would make orange a favorite and mainstream color for the next generation of cars that would last to this day.

Newcomer Honda would outsell the veteran compact sedans of the day—the Nissan Sentra and the Mitsubishi Lancer. But it wasn’t until 1998 when Honda offered a sedan that would be more affordable to the masses, the locally assembled City, which came with 1.3- and 1.5-liter engines and had MacPherson strut suspensions—a departure from the Civic and Accord’s trademark double wishbones (an expensive yet highly effective suspension design used by Ferrari, Aston Martin, and Lamborghini).

About the same year, Honda also rolled out a completely new genre—the car-like 4×4—in the first-ever CR-V. The terms “sport utility vehicle” and “crossover” weren’t even invented yet. The CR-V would become one of Honda’s four legacy vehicles—the others, of course, being the Civic, Accord and City.

The turn of the millennium brought forth another bestseller in the Jazz hatchback. Predating the subcompact crossovers, the Jazz was the car to have for college students and yuppies alike. It was fun to drive, economical with fuel, and had an ingeniously spacious cabin layout—attributes that the current Jazz still has until now.

Over the intervening decades, Honda has introduced a vast gamut of models from Japan, Thailand, and even the United States. These include the popular 7-seater Mobilio and BR-V, the Brio hatchback and sedan, the HR-V subcompact crossover, the Odyssey minivan, the US-made Pilot large SUV, the ultra-luxurious Honda Legend large luxury sedan, and even a tiny hybrid sports car in the CR-Z.

And now, Honda Cars Philippines, Inc. (HCPI) is celebrating its 30th year of operations in the Philippines this month of October. To commemorate this milestone, HCPI held a small, but intimate, online gathering with its media friends and partners. The gathering served not only as HCPI’s thanksgiving celebration, but also as the first official introduction of HCPI’s new president, Masahiko Nakamura, who assumed office just last April 2020. Other notable attendees during the virtual event include HCPI Executive Vice President, Ryohei Adachi; HCPI Assistant Vice President, Koki Hattori, and official company spokesperson, Atty. Louie Soriano.

Besides launching the 30th anniversary commemorative book of HCPI, celebrating and honoring the many achievements and milestones the company has had over the past 30 years, Honda also announced that it will have its very first virtual car launch on October 22 to unveil the two latest models in its lineup of vehicles in the country.

Thirty years on, through good times and bad, Honda is still relentlessly powering through with a never-ending succession of distinctively fun-to-drive cars.

Winners of regional round to be proclaimed this Sunday The fate of the Philippines' top GR Supra online racers...
Read more
Automotive

As we near the Christmas festivities, one can’t help but reminisce about memorable celebrations. Family gatherings, reunions, and significant milestones are a...
Read more
Automotive

It’s one of the smallest cars on the road but has as much torque as a pickup truck and hurtles you from...
Read more