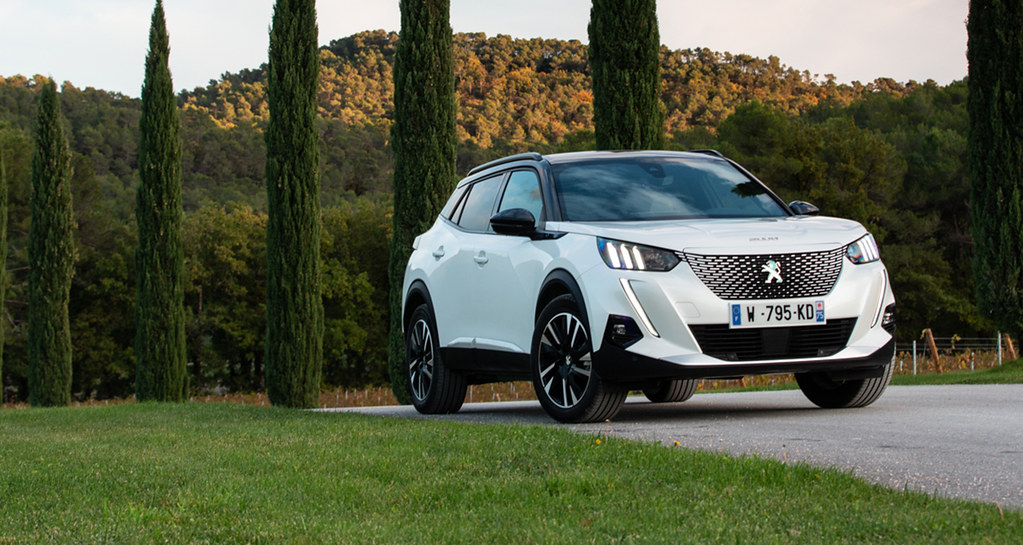 Seven decades before Elon Musk was born, Peugeot had produced an electric-powered delivery vehicle. That’s a whopping 70 years before the founder of Tesla Cars would even be born.

Older car and history buffs know that electric cars were being made during the infancy of the automobile—and of electricity itself. That was before the early automakers began the wholesale embrace of the internal combustion engine. One of the early adopters of electric propulsion was Peugeot. The French carmaker was studying the technology as early as 1902 to power delivery vehicles. A few models were produced, but the project was left by the wayside.

Until 1941. That was when Peugeot rolled out its first production electric vehicle, the VLV (Véhicule Léger de Ville or Light City Vehicle). During the Second World War, petrol rationing meant that alternative energy sources needed to be found, and Peugeot was the only major manufacturer to take an interest in electric power. No less than 377 units of the  VLV were built in Paris from June 1941 to February 1943.

In the 70s and 80s, Peugeot began offering electric propulsion on Peugeot 104 prototypes, then on Peugeot J5 and J9 utility vehicles. In 1983, a new program began involving the popular Peugeot 205. The 205 was the start of the Peugeot 106 series program. A unique, full-scale experience was then attempted: to make a fleet of electrified Peugeot 106 available to customers via self-service system. Thus was born, in December 1993, the campaign ῍50 electric vehicles at La Rochelle.῍

From 1990 to 2010, a few concept cars showcased Peugeot’s continuous interest in developing electric propulsion: Ion in 1994, TULIP and Touareg in 1996, the original BB1 concept presented in Frankfurt in 2009 and the fabulous EX1 concept of 2010, which holds six international track records.

At the dawn of the 21st century, the industry was facing major upheaval. The energy transition was becoming an essential part in the fight to mitigate climate risks. In 2019, Peugeot launched a complete range of vehicles with low or zero CO2 emissions. This technological push is based on three pillars: Serenity, Pleasure, Simplicity. With the same ambition from the outset: to make mobility safe, clean and accessible to the greatest number of users.

Serenity because the Peugeot range will be 50% electrified in 2020 and 100% in 2025. Pleasure, because it will always be part of Peugeot’s DNA—like the 508 Peugeot Sport Engineered Concept, which heralded the development of a high-performance electrified line of production vehicles. And lastly, Simplicity, because the choice of silhouette does not dictate its use.

Nine months after the launch of the new Peugeot e-208, the brand’s showroom is now home to a wide range of electrified models: e-208, e-2008, 508 Hybrid and 3008 Hybrid4 for passenger vehicles; e-Expert, E- Traveller and soon e-Boxer for commercial vehicles. The electric revolution has well and truly begun.

The VLV was Peugeot’s first electric vehicle and was a mini cabriolet with two offset seats. This vehicle, designed for urban use, was intended to meet the transport needs of those whose vehicle had been requisitioned or could not be driven due to a lack of rationed and very expensive fuel during WWII. The VLV runs on electricity using batteries stored in the front and an electric motor that drives the rear wheels. Its range was 70 to 80 km at speeds up to 35 km/h. It was mostly used by postal workers or doctors.

The on was unveiled at the 1994 Paris Salon. It offers the driver and passengers a level of comfort and equipment that was still futuristic in the 2000s for production cars. Two wide doors provide access to four seats, armrests, CD player, hands-free telephone, LCD screen and space for children’s video games. The Ion Concept is powered by a 20kW DC motor powered by nickel-cadmium batteries.

Free, Individual and Public Urban Transport, or TULIP, comes from a desire to better reconcile the city, the car and the environment in 1996. The Tulip concept is organized around a network of vehicles for hire for the city and for public use, a central station for management, booking, mobile maintenance and billing.

A full six years before Volkswagen came out with its first-gen Touareg SUV in 2002, Peugeot debuted its Touareg mild hybrid-electric (even before the term “mild hybrid” was invented) leisure vehicle at the 1996 Paris Motor Show. The Peugeot Touareg is a silent, zero-emissions off-roader thanks to its ni-cad hydride batteries located behind the front seats. The electric engine has a power of 35.5 kW and is assisted by a single-cylinder engine acting as a generator, allowing the batteries to be recharged autonomously and providing a range of 300 kilometers on 15 liters of fuel.

At the 2009 Frankfurt Motor Show, Peugeot presented a 100% electric city car concept called BB1. Capable of accommodating four people in just 2.50 meters of length, the BB1 is a pure EV which completely overhauls the idea of a car in every way: architecture, style, interior design, driving, connectivity, while respecting its environment as much as possible. Ultra-compact and ultra-light (600kg) with its carbon body, the BB1 concept car is a model of urban vehicle adapted to the constraints of the dense city. Its Li-ion battery already gives it a range of around 100 km, enough for urban use, including car sharing.

Designed in 2010 to celebrate the 200th anniversary of Peugeot, this 100% electric concept car is a two-seater roadster with a futuristic style and original architecture, designed to offer intense and real driving sensations. The EX1 goes from 0 to 100 km/h in just 2.24 seconds and can reach a top speed of 260 km/h in just 5.1 seconds. Its performance is the result of its sharp aerodynamics, ultra- light structure and two electric engines, which give it its maximum cumulative power of 340 bhp spread across its 4-wheel drive system. Thanks to its carbon structure and light weight, the EX1 broke six world records, approved by the International Automobile Federation, on the legendary Montlhéry circuit.

Making its world premiere at the 2019 Canton Motor Show, the new Peugeot SUV e-2008 SUV is the ultra-modern interpretation of an instinctive and versatile driving experience. It has the dimensions of a true SUV and stands out with a powerful and distinctive style. Ultra-technological, it embodies the brand new generation of the immersive Peugeot i-Cockpit 3D, equipment and driving aids at the level of the brand’s best know-how. This first 100% electric SUV gives a glimpse to a new world of sensations: top-level brilliance, silent operation, no vibrations and freedom to drive in Green Zones with restricted access. With a range of 320 km, 136 bhp and 260 Nm of torque ensuring first-class acceleration and boost, the dynamic behavior of the new e-2008 provides the road feel and driving pleasure for which the brand’s vehicles are renowned. Several of these historic vehicles are on display at the Peugeot Adventure Museum in Sochaux—every single one a testament to Peugeot’s taste for innovation.

The all-new, 2021 RS Q8, Audi Sport’s most dynamic model in the Q range of SUVs, is now on sale in Audi...
Read more
Features

The first Acer flagship store in the Philippines has finally opened its doors to consumers on January 15. It is the largest...
Read more
Automotive

This 2021, everyone is looking for that ray of positivity to regain composure and focus on what really matters. It is through...
Read more
Lifestyle

Previous articleGet ready for Shopee 11.11 with ASUS Expert Series and the Republic of Gamers
Next articleThe Digitally Connected Grand Tourer

The all-new, 2021 RS Q8, Audi Sport’s most dynamic model in the Q range of SUVs, is now on sale in Audi...
Read more
Automotive

This 2021, everyone is looking for that ray of positivity to regain composure and focus on what really matters. It is through...
Read more
Automotive

The first Acer flagship store in the Philippines has finally opened its doors to consumers on January 15. It is the largest...
Read more

This 2021, everyone is looking for that ray of positivity to regain composure and focus on what really matters. It is through...
Read more