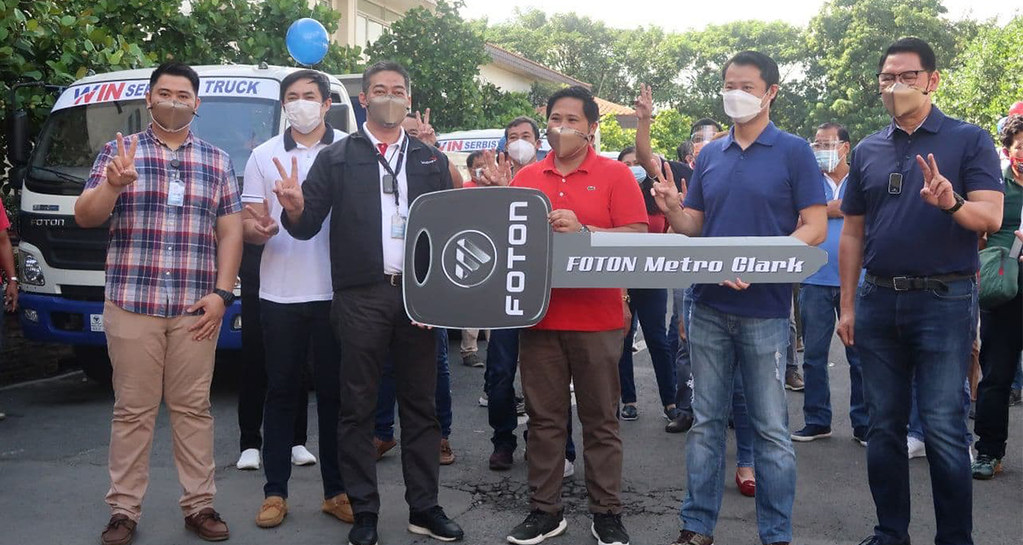 In an endeavor to advance public service in the city of Valenzuela, Mayor Rex Gatchalian, with help from the Office of Senator Win Gatchalian, chose FOTON commercial vehicles to empower mobility for city-wide projects and programs designed to build stronger and faster response capabilities for the city’s barangays (towns).

A total of 61 vehicles composed of 42 units of the robust FOTON Tornado 4.4C Mini Dump Truck for multi-purpose operations and 19 units of FOTON Gratour Midi Trucks for animal control programs were personally turned over to Mayor Rex and Senator Win at the Valenzuela City Hall grounds.

The customized FOTON Gratour MT Animal Control Truck is equipped with an efficient 1.5-liter gasoline-powered engine, capable of producing a notable max power output of 110 hp at 6,000 rpm and a max torque of 142 Nm at 4,500 rpm, and mated with a 5-speed manual transmission. It complies with the high international emissions standards of Euro V.

The Gratour MT Animal Control Truck can fit in the small streets of different barangays, which makes it a perfect unit for catching free-ranging urban dogs that threaten the safety of the citizens.

Powered by the world-famous ISF 3.8 Cummins Diesel Engine, the FOTON Tornado 4.4C Mini Dump Truck is a robust vehicle with a max power output of 154 hp at 2,600 rpm and a max torque of 500 Nm at 1,200 to 1,900 rpm. It can deliver several tons of food packs with its payload capacity up to 4,590KG and can fit a large volume of relief goods in its 4CMB dump box. This muscle-built truck can offer dynamic services perfect for public service.

For inquiries, call your nearest FOTON dealer or the FOTON sales hotline at 0999-999-9998. You may also reach us through the following contact points: inq@foton.com.ph, FB/FotonPhilippines, IG/FotonPhilippines, Twitter@FotonPH.

“The events of the past year have caused many people, not least our clients, to re-evaluate their sense of, and relationship with...
Read more
Automotive

Kia has just added a brand-new compact crossover to their lineup: the extrovertly styled Stonic. Kia has a “5S Formula,” which refers...
Read more