Home Automotive FEARLESS FORECAST: The new cars to watch out for this 2021
AutomotiveFeatures

FEARLESS FORECAST: The new cars to watch out for this 2021 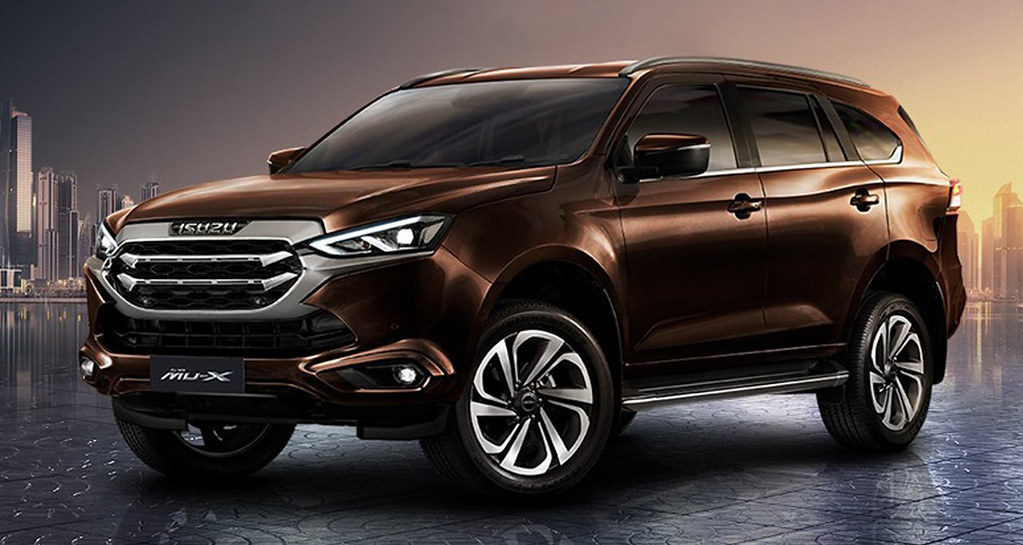 It was a dreadful 2020, no doubt. A lot of unspeakable things happened, most notably the crippling pandemic that took lives and practically froze our country’s economy.

But the Philippine automotive industry, despite the obvious hurdles it had to face, remained bullish and hopeful. It launched over 70 new vehicles within that dreadful year. For consumers who want and need mobility in these trying times, that’s relatively good news.

Now that the year 2020 is in our rearview, let’s look ahead for a fruitful new year – at least in the economic sense. The automotive industry is undoubtedly one of the biggest movers of our economy, and you can expect car companies to launch more new vehicles to stimulate the consumers – whether completely new or significant updates to their existing cars.

For this story, we’re giving you two types: those that were already confirmed by the manufacturer, whether through press releases, teasers, and media meetings, and those that are rumored but likely to arrive based on timing and other whatnots.

Chery Tiggo 7 Pro
We’ve already been given keys to the Tiggo 7 Pro, plus the car company teased the model at last month’s MIAS Wired, so you can expect the great-looking compact crossover to arrive soon, more likely this January.

Isuzu D-Max and mu-X
Isuzu Philippines wasn’t shy in giving confirmation to the members of the media that the all-new D-Max and mu-X are set to arrive this year. Both underpinned with a partnership with Mazda, the SUV and pickup truck combo will likely arrive in the first half of 2021, though an official reveal date is yet to come from the automaker.

Hyundai Tucson, Santa Fe, Grand Starex, and Kona
At the opening of the 2020 MIAS Wired, Hyundai Asia Resources, Inc. (HARI) surprised the online attendees and the members of the media with an announcement. The all-new Tucson, heavily revamped Santa Fe, revamped Grand Starex, and facelifted Kona are all arriving this year.

Mazda BT-50
Mazda Philippines has given the BT-50 pickup truck a purposeful makeover towards the end of last year, but the company also confirmed that the next-generation model that shares the D-Max platform is arriving in 2021.

Maxus D60
AC Automotive has released early teasers of the D60 compact crossover last year, so it’s only a matter of time before the launch eventually happens.

MG RX8
In an online media meeting, The Covenant Car Company, Inc. (TCCCI) announced that it is bringing in four new models. While the identity of the other cars wasn’t mentioned (one MPV, one SUV, and one sedan), the RX8 midsize SUV was confirmed to arrive. The model is set to go head-to-head against popular nameplates in the country such as the Toyota Fortuner and Mitsubishi Montero Sport.

Subaru Evoltis, XV, and BRZ
Motor Image Pilipinas, Inc. (MIPI), the exclusive distributor of Subaru vehicles in the country, was the last to confirm the arrival of new cars this year. In a media catchup meeting, MIPI said that the all-new Evoltis, facelifted XV, and next-generation BRZ are all coming. Even better, a timeline has been set as well, with the Evoltis and XV coming by the first half of 2021, while the BRZ capping off the year in the fourth quarter.

Ford Ranger and Everest
Ford gave the Ranger and Everest another facelift for the ASEAN market, which was unveiled in Thailand. According to insider info, both utes will arrive in the Philippines during the first quarter of 2021. Take that will a healthy dash of salt, though. Without the Blue Oval’s confirmation, this is still speculation at this point.

GAC GS4 and GM8
Both the crossover and minivan received significant changes in their home country in China, so expect these two to get updated within the year – if, at all.

Kia Carnival, Rio, Picanto, and Sorento
The Rio and Picanto already got a refresh in Europe and South Korea, so it’s only a matter of time before we get them here, considering their popularity among Filipino car buyers. As for the Carnival and Sorento, both models received their next-generation updates globally. While it’s still early to speculate their arrival here, Kia Philippines should consider doing so to further jumpstart their appeal to the market.

Nissan Almera, Sylphy, X-Trail, Navara, and Terra
Frankly, the arrival of the next-generation Almera and Sylphy has been a long time coming. Though not confirmed, we expect Nissan Philippines to bring the latest here, hopefully, this year. Same with the X-Trail, which received a major redesign in most markets around the world. It’s a long shot, but one could hope. On the other hand, the arrival of the Navara and Terra, the most popular models of Nissan in the Philippines, is much closer to reality since both models are now in Thailand. Expect both top-sellers to get their facelifts this year.

Peugeot 3008 and 5008
It’s been a while since these two French crossovers were introduced in the Philippines, so it’s about time for Peugeot Philippines to give them an update. More importantly, the global redesign looks exceedingly attractive, so maybe updating them would be a good move as far as marketing goes.

Toyota Innova
It’s no secret that the Innova is a popular model here in the Philippines. The all-rounder diesel MPV already got a facelift in Indonesia. Considering Toyota Motor Philippines’ aggressiveness, we’ll likely get the refreshed model here sooner than later.

Jacob Olivahttp://2ndopinion.ph
Jacob is a certified gearhead who has an insatiable adoration for wagons and pocket rockets. He has been writing about cars for Motor1.com, a leading global automotive news site, while also sharing his thoughts about the local auto industry in his column in the Philippine Star’s motoring section, Wheels.