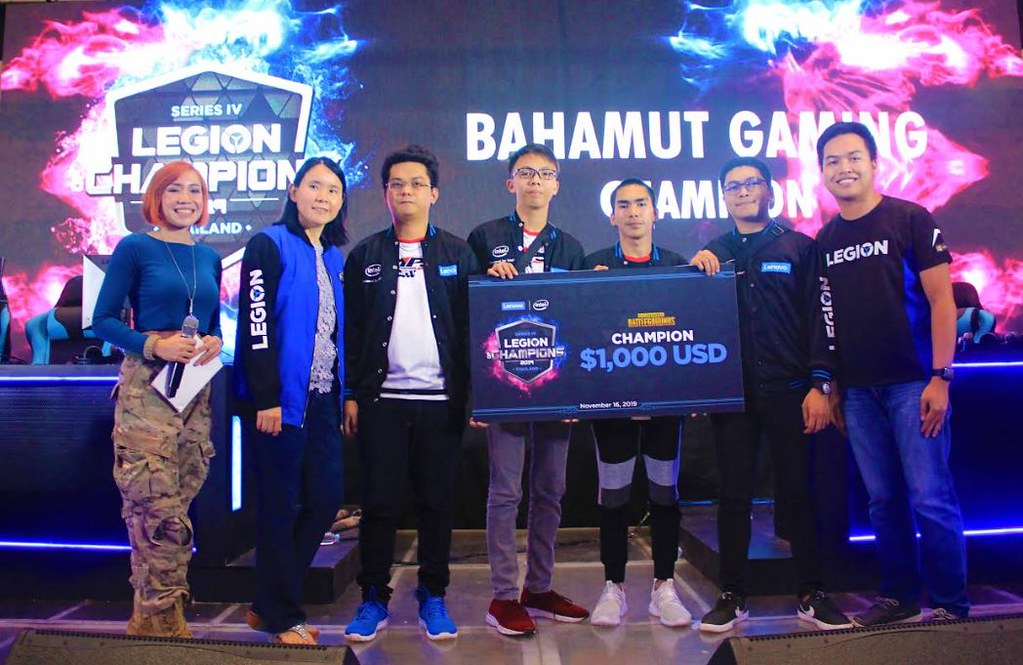 After a day filled with intense PUBG (PlayerUnknown’s Battlegrounds) action held recently at the SM Megamall Activity Center, Bahamut Gaming emerged victorious from the Philippine qualifying tournament and won the right to represent the country in the upcoming Lenovo Legion of Champions (LoC) IV at Pantip Pratunam Mall in Bangkok, Thailand from December 12-15, 2019.

“The Legion of Champions tournament is Lenovo’s testament to foster the gaming community, both here in the Philippines and in the entire APAC region. Truly, the rise of the competitive gaming scene can no longer be ignored, and Lenovo is thrilled that the event has been steadily growing ever since it started. As the gaming phenomenon further develops, rest assured that Lenovo Legion and the LoC will continue to provide eSports teams a competitive platform where they can enhance and hone their skills,” said Michael Ngan, General Manager, Lenovo Philippines.

Now in its fourth series, the Legion of Champions comes back bigger and better featuring the two new crowd-favorite games in its fold: PUBG and CS:GO. In addition, teams from 12 markets in the region, now including Australia and New Zealand, will be battling it out for glory.