A long term relationship with the Huawei MateBook D14 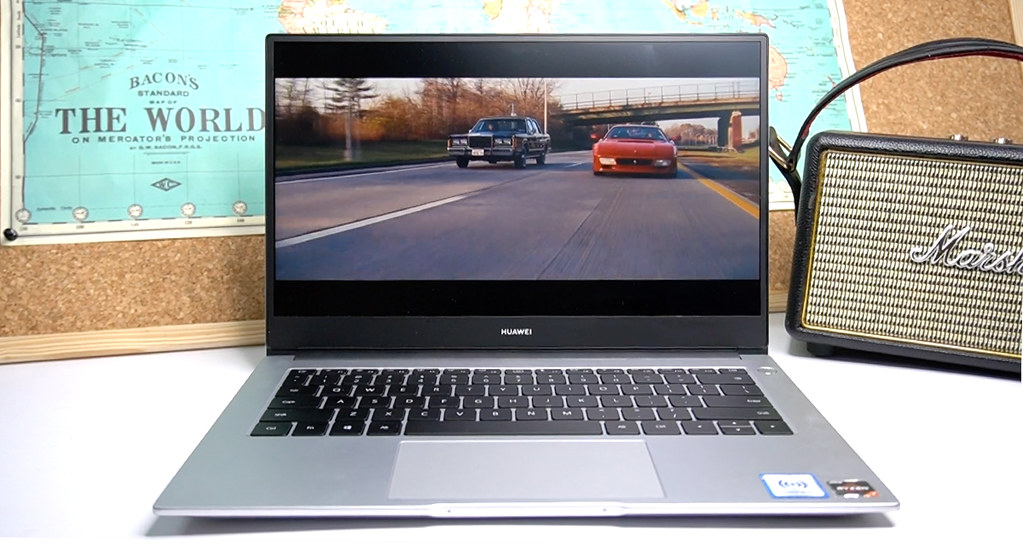 Around last October, I was able to get my hands on and test out the Huawei MateBook 14 for about a week or two. Despite the relatively short time window for me to experience the product, it was still very pleasant to use and gave off a great overall impression. During that point in time, “work-from-home” was a common topic of conversation as the majority of the people were still getting accustomed to such a lifestyle. Based off my experience using the MateBook 14, I believe that it is a great WFH companion. I was also able to test out a fellow Huawei product, the MateBook D 14 AMD, and this time for an extended period of time. One thing that I liked about it is that similar to the MateBook 14, it pretty much checked all the boxes for me. This included efficiency, ease-of-use and versatility, to name a few. All-in-all, I must say that the MateBook D 14 AMD is just as impressive as the former.

The MateBook D 14 AMD is powered by an AMD Ryzen 7 3700U that enables an accelerated and enhanced performance, consequently allowing for smooth activity despite continuous usage. With its PCIe SSD and up to 16GB in dual-channel architecture DDR4 RAM, the device has a swift read and write speed. Moreover, the Radeon RX Vega 10 Graphics allow for great versatility whether for work or entertainment purposes.

As previously mentioned, I found the MateBook 14 to be an excellent WFH partner. With the MateBook D 14 AMD, however, I found it be very suitable for work-related activities but also different kinds of entertainment such as streaming videos and even gaming, as the dyad of the processor and graphics allow for a very smooth and immersive experience. Whether you’re a yuppie attending e-meetings all day and working on your side-hustle at night, or a high schooler attending classes during the day and playing online games at night, the MateBook D 14 AMD can more than support such activities.

Despite lengthy usages of the device, you shouldn’t have to worry about it getting too heated and ultimately affecting its performance due to its Shark Fin 2.0 design that optimizes airflow and dissipates heat rapidly and quickly. So even if you’re on your laptop for the entire day, you should be stress-free knowing that it can more or less maintain itself.

In terms of the hard drive, the MateBook D 14 AMD has 512GB of internal storage. At least for me whose files consist primarily of multiple documents, various different forms of media and other miscellaneous files, it is more than sufficient.

The laptop comes with a very decent battery capacity at 56Wh which can more than withstand continuous meetings or all-day classes starting at full battery. Its battery can support 9.5 hours of 1080p videos continuously, which gives you a good idea of the capacity that its battery possesses. Over time, I noticed that more power is drained in relation to the type of activity and its demands, although this difference is very minimal. On top of that, the MateBook D 14 AMD’s charging speed is impressively quick, being able to charge up to 46% in just 30 minutes.

Similar to the MateBook 14’s aesthetic, the MateBook D 14 AMD has a very sleek and simple design that isn’t too out-of-the-ordinary or attention-seeking. How I view its design is as if it were a rather simple-looking sneaker or car that may not give off a “wow-factor” first impression, but after having experienced it, you know that its simplistic design does not mirror a simplistic performance.

Weighing in at just 1.38kg, the MateBook D 14 AMD is excellent when on-the-go. Unfortunately, however, being on-the-go is discouraged at this point in time due to the pandemic and hence we were not able to fully appreciate its mobility in commuter situations for instance.

With a 1920 x 1080 IPS screen, partnered with slim bezels of only 4.8mm, the MateBook D 14 AMD’s FullView display is definitely maximized. Moreover, its TUV Rheinland-certified display reduces eye-impairing blue light in order to increase viewing pleasure. This would be particularly useful and appreciated during those days when you spend all day staring at your screen, something that a lot of us experience nowadays. A feature that I found interesting is that its screen can hinge at a near 180º to suit whatever situation you may be in, whether on your desk, laying down in bed, sitting on a couch or even on-the-move.

The Huawei MateBook D 14 AMD is an excellent laptop to have in this day and age, given its responsive processor, capable battery capacity, versatility and affordability. Priced at P39,990, this device is perfectly suited for young professionals or for those older students who not only need a device that can withstand and support a plethora of activities, but do it smoothly and efficiently.

Previous articleCreate EPIC IG-worthy content with the SAMSUNG Galaxy S21 5G and Galaxy S21+ 5G
Next articleFebruary is the month to Make your Move on a new Toyota!