Home IMO A Game of Life or Death
IMO

A Game of Life or Death 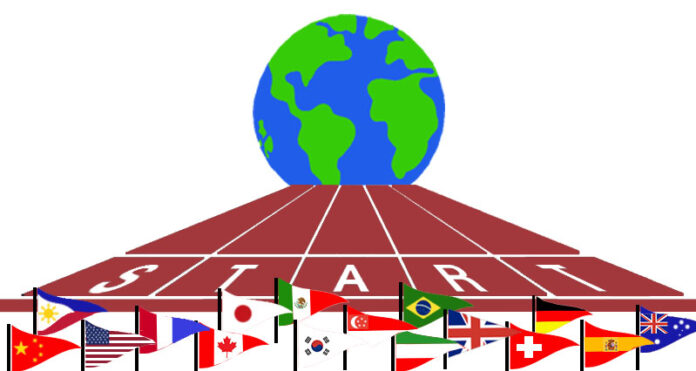 In many parts of the world, April is about the time that sports competitions either start or get into high gear. We’d be watching NBA games, football matches, Grand Slam tournaments, golf majors, F1 races, boxing and UFC fights. Millions would be gearing up for the Olympics in Tokyo.

But a microscopic crown-shaped virus threw all those plans into chaos. Now people are required to stay home to stem the pandemic. Unfortunately, not everyone is on the same page. Ignorance and stubbornness still result in people unnecessarily leaving the house or worse, refusing to follow proper social distancing and disinfecting guidelines. So the number of new infections grows bigger every day.

Governments are rendered ineffectual, hospitals are overrun, frontliners get sick and die. And the exponentially driven curve of COVID-19 infections refuses to flatten. Worst-case scenarios even point to millions more becoming infected in the coming months.

What are we to do? Obviously this is not something that governments and hospitals alone can solve by themselves. The rest of the world must join the fight. Every Juan de la Cruz, every John Smith, must be involved.

And the best way to involve them? Competition.

Start it on the barangay/town level. Monitor the levels of new and total infections as well as the recoveries and deaths on a daily basis—something that is already being done. Someone will have to do an algorithm to factor in those four figures into a single final number or “score.” At the end of the week, the city mayor will award the town that achieved the best numbers towards a flattened curve. (Fudging of numbers by local government units should be deemed a crime punishable by removal from public office.)

The numbers of the various townships can be combined to represent the total number for a city, each of which will then compete with other metropolitan cities. Mayors of megacities might complain that they’re at a disadvantage with their bigger populations, which is why the competition must be done via percentages, not with individual numbers. Hence, a city of 100,000 with 1,000 new infections (1%) will beat a city of 50,000 with 750 new infections (1.5%).

City competitions can then graduate to provincial, state, or national competitions, with prizes awarded by public or private funding given to health care workers.

Of course, this should all lead to international competition—the COVID-19 Olympics, if you will. We can even have the International Olympic Committee (IOC) and the World Health Organization (WHO) oversee the numbers. If the citizenry are focused on besting their neighboring countries, they will focus on the numbers and do their share to improve them. If Filipinos see the Thais or Indonesians gaining on their numbers, they will double down on staying home and staying safe. Ditto the Americans vis a vis the Canadians, the South Americans, the Europeans, the Middle Easterners, the Aussies and Kiwis, and of course, the rest of Asia. Country versus country. Continent versus continent. People will be engrossed like it’s the Olympics—except that everyone has a more or less equal fighting chance.

And there will be no loser.

It will also add a positive spin to having to be cooped up indoors. Rather than having a negative reason to go out (i.e. facing arrest for breaking a curfew or not wearing facemasks), people will have a positive reason for staying home and adhering to safety protocols. And instead of the negativity and depression of seeing worsening numbers, people will start to focus on what other communities or countries are doing and be driven to do better. Competition does that.

It will be the ultimate indoor sport. But this will be a game where everyone is a winner. Because ultimately, this battle is about the survival of humanity. And that is the endgame.

It won’t be an overstatement to say that the glory days of digital piracy around 2010 changed how digital goods were consumed...
Read more
IMO

Prologue The superhero movie genre exploded in the last couple of years. Gone are the days when we would...
Read more